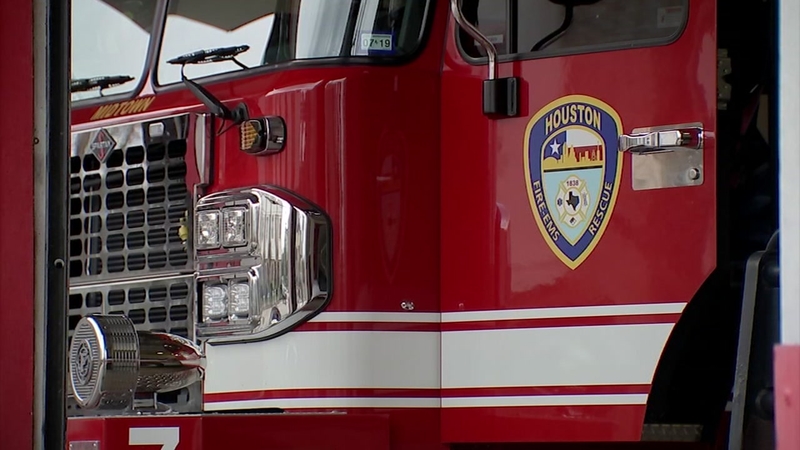 HOUSTON, Texas (KTRK) -- Six days after Houston City Council approved 220 firefighter layoffs, Fire Chief Sam Peña followed through telling the department's newest hires in an emailed letter, "I am sorry to have to notify you that your position is being eliminated..."

Peña explained the layoffs, telling firefighters, "The City of Houston has experienced a sizeable budget shortfall due to the implementation of Prop B."

The letter says the layoffs are not a reflection of their individual work and informed them of upcoming informational sessions on unemployment resources.

Hours later, one of the 200 told ABC13, "It's a gut punch." He spoke with us on the condition we not reveal his identity as it would open him up to city discipline.

The military vet and father of a young family moved to Houston to be a part of what he called "the best fire department in the country."

Tuesday, the email that could end his career informed him his last day will be June 30. "I got an email that said, 'Hey, you're no longer needed. You've got 60 days. Don't forget to turn your gear in, or you are going to get charged three grand.'"

The firefighter we spoke with admits he watched the months long debate closely, even the vote last week, knowing he was likely to be among those laid off. The newest hires are the first fired.

Last week as council prepared to vote on authorizing 220 firefighter layoffs, Mayor Sylvester Turner told council members, "No one is saying you have to like the vote, I don't like the vote ... but we do have to balance our budget."

Turner has said for months the city cannot balance the budget without these layoffs. Last week, a majority of council agreed.

As he watched the debate, the firefighter ended up convinced that even if the city has money to pay Prop B raises, Mayor Turner won't spend it to save firefighter jobs.

"He's going to double down and give us the worst deal possible," the firefighter said. "And he's going to make everyone suffer for not bending a knee to him."

Turner has said he does not want to lay off firefighters, cadets or municipal workers.

The Prop B ballot measure, approved by Houston voters in November 2018, mandates firefighters be paid similarly to police officers in Houston. It will mean a raise for the thousands of firefighters who remain at HFD.

The union for Houston firefighters said it was not notified of the exact timing of the emails, and split blame for the job cuts between Chief Peña and Mayor Turner.

In a written statement, union president Marty Lancton wrote, "From the city's founding to the Great Depression, to two world wars and deep downturns of the energy industry, no fire chief had taken this course of action until today. Chief Peña now is alone among all Houston fire chiefs in that dubious distinction... The fire chief is carrying out Sylvester Turner's slash-and-burn plan for HFD."

In a written statement after the layoff emails were sent, Houston Fire Chief Peña wrote, "This is the most difficult thing I have had to do in my career... I hope that we can reach an agreement ... to ... avoid the layoffs."

If not, many of the 3,700 remaining firefighters will get raises, Chief Peña will shift schedules and take several units off Houston's streets. Peña says it will only have a minimal impact on public safety, averaging less than a two-second increase in response time citywide.

"You have to be an idiot to believe it," the firefighter told us. It's easy to understand the raw emotion. Even still, all he wants is to keep his job.

"I spent my whole life committed to helping my common man. And that's what I want to do... (and) I want to do it here."

The layoff notices come as the city and unions for firefighters and police officers remain in court-ordered mediation. The next session is scheduled for Thursday.

Fire Chief Peña told ABC13 over the phone, "I am still hopeful for a deal. I refuse to give up."