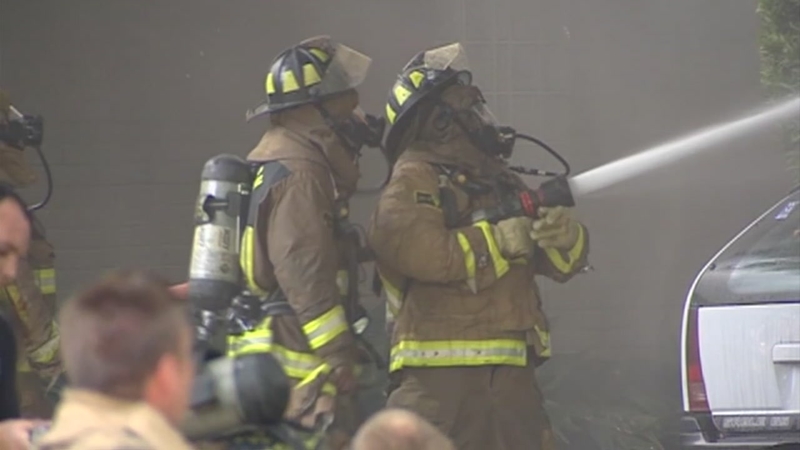 The mayor and fire union meet to talk about the Prop B firefighter payraise.

HOUSTON, Texas (KTRK) -- Houston Mayor Sylvester Turner is looking for ideas from anyone on how to balance the budget.

Turner is facing a substantial budget shortfall (again) that now includes another $100 million in order to implement the fire parity measure known as Prop B.

Wednesday, Turner met for the first time since the vote with the fire union.

The rare open negotiation between the two sides was a spectacle to watch, seen live by hundreds on the city's Facebook page and the city's various media outlets. The two sides sat across an unreasonably large conference table, flanked by city staff members, communication staff for the mayor, city council members and media members.

Marty Lancton, president of the Houston Professional Fire Fighters Association, had offered to re-open negotiations with the city after the vote. Lancton said he believes the union can reach a deal through negotiations that would spare the city from layoffs.

In his weekly news conference, Turner, at least partially, blamed the media for not accurately informing the public about the effects of Prop B and it's cost.

"Facts do matter," Turner said.
He went on to say that people are approaching him on the street to say they didn't fully understand the vote.

In the meeting with firefighters, Turner suggested spreading out the cost of Prop B, a suggestion Lancton brought up weeks before the vote. Turner said the alternative was mass layoffs.

"If we move forward as it currently stands, then there's no way you can avoid massive reductions in city services," Mayor Turner said.

The mayor stressed the only way to reduce costs would be to reduce personnel.

Following the meeting, Lancton, alongside senior counsel, expressed the need to know specifics before agreeing to any negotiations the mayor proposed.

"Until they bring specifics, it's impossible to take information back to 4,000 firefighters and have an intelligent discussion about what the options are," Lancton said.

The fire union filed a claim in court before the meeting, asking a court to compel the city to give them a date for when Prop B would be implemented. Turner said that was in bad faith if the union really wanted to sit down and work something out.

But the ideas on what to do next were few and far between on either side. The meeting ending with no tangible answer on how the city would move forward.

Turner fought forcefully against the charter amendment and warned that the measure was too expensive. He claimed it would result in nearly 1,000 layoffs starting Jan. 1. City documents, prepared for town hall meetings led by the mayor, indicated more than 900 firefighters could lose their jobs.

The city's finance director, Tantri Emo, told a council committee on Sept. 4 that 931 firefighters would be fired.
Turner brought it up at every city council meeting and held more than a dozen meetings across the city to warn voters.

He spent millions of his own campaign dollars to pay for television ads for the same purpose.

"If you don't help me," Turner said to the union, "Let the chips fall where they may."