On Wednesday, Houston City Council voted to rescind the firefighter layoffs that were issued back in April.

The layoffs were part of Prop B, a voter-approved pay parity plan for Houston firefighters.

But the plan was ruled unconstitutional by a state district court judge last month.

The court ruled that Prop B was void in its entirety. Firefighters then signaled their intention to appeal.

The Friday before the decision came down on May 15, many but not all Houston firefighters got larger paychecks as the city began to implement Prop B. Those raises will now be "scaled back," according to Mayor Turner.

He said at a news conference it is unlikely the city would "claw back" the money paid.

After the ruling was issued, lawyers representing the firefighters' union filed a notice of appeal. 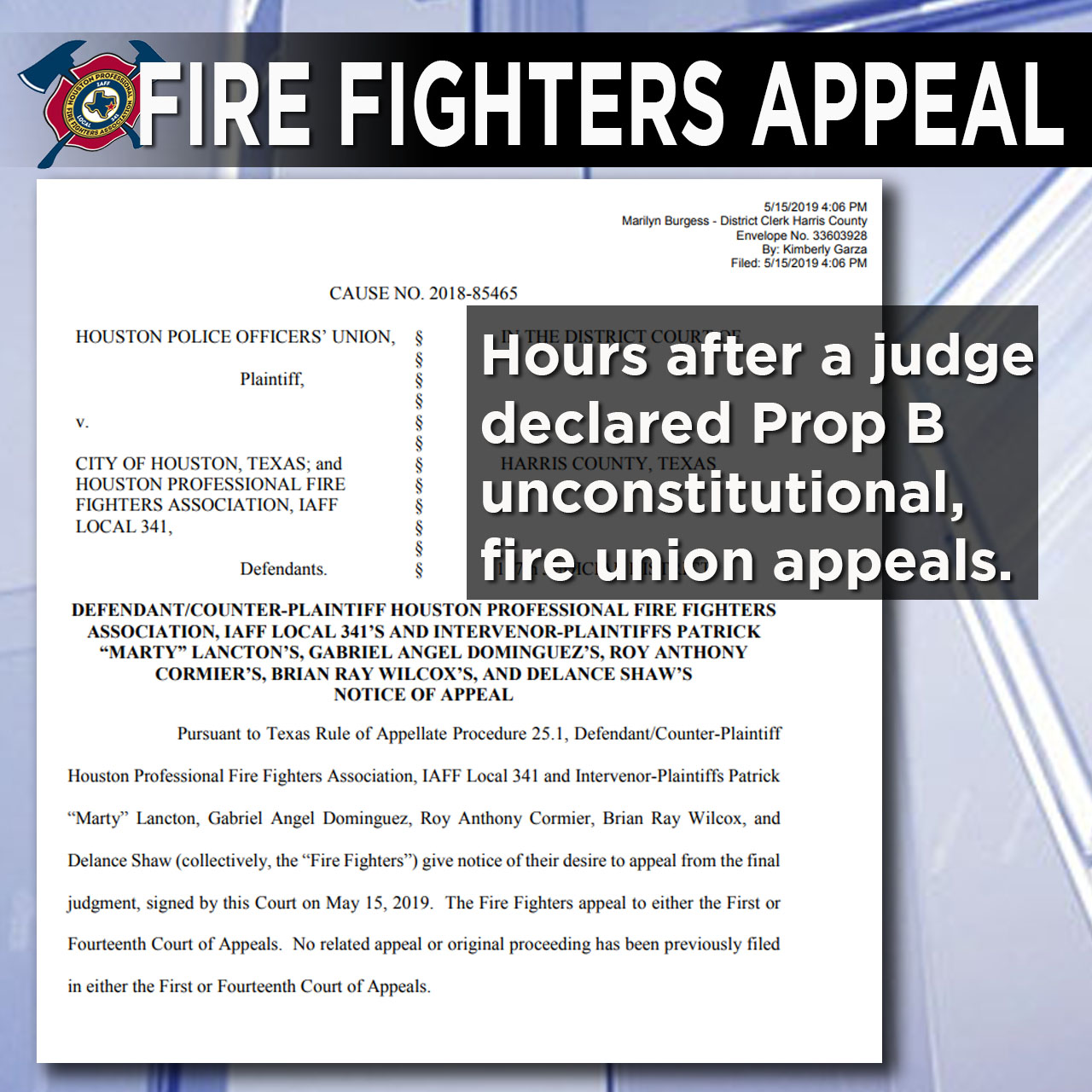 It quickly ends the mayor's hope that the initial ruling would be a chance for all sides to "reset" and move past court. Houstonians may be ready for an end to the protracted Prop B fight, but it was likely an appeal would've been filed no matter what side won.

Houston City Council voted to reverse the plan that would have laid off more than 200 firefighters.

HPOU released a statement saying, in part, "It was the HPOU's position that the existing law governing how Houston Fire Fighters negotiate their pay was in complete conflict with Prop B and the Judge agreed. Unfortunately, case law did not allow our lawsuit to be filed prior to the election, but thankfully the law finally prevailed."