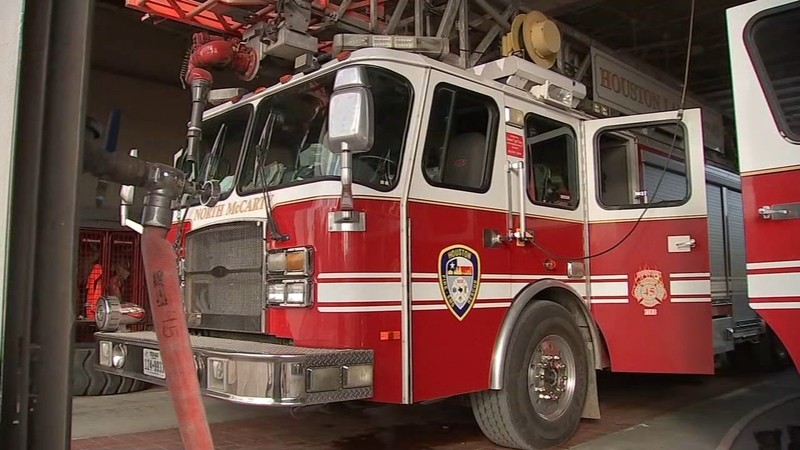 'A must have': Nearly a fifth of HFD trucks have broken A/C

HOUSTON, Texas (KTRK) -- A day after the fire union revealed almost 20 percent of the Houston Fire Department heavy fleet was without air conditioning in the hottest week of the year, Chief Sam Peña is sharing a message with frustrated firefighters and promising relief.

"Nobody cares more about our firefighters and ensuring they are safe than me, as a fire chief," Peña told ABC13 reporter Jessica Willey in an exclusive interview.

Monday, the fire union sent a letter to the mayor, city council and Peña calling the conditions a health and safety issue and demanding action.

Out of the 126 engine and ladder trucks across the city, 22 have no working air conditioning, according to the city's Fleet Management Department. That's 17 percent.

At Station 45 in northeast Houston, the engine and ladder have no A/C. At Station 82 in southwest Houston, a backup engine is not cooling either.

Peña says they have been working on the problem for months.

"Every year, every summer, when we place high demand on these apparatus, we know that they're going to fall apart," Peña explained. "Since January of this year, there have been 200 repairs and services on air conditioning in our fleet."

He points to the department's aging fleet. The average age is 12 to 13 years old, with some trucks in service for as many as 20 years.

Since 2016, he says a third of the heavy apparatus have been replaced.

"The ultimate goal is to have an apparatus, a front line apparatus to be no more than 10 years old," he added.

Houston Professional Fire Fighters Association president Marty Lancton has another solution. He suggests changing who services the trucks from Fleet Management to the fire department.

"So we can ensure that the right apparatus and the right things are getting fixed," he told reporters Tuesday at City Hall.

Peña says he likes the idea but only if it comes with the right funding and staffing. For now, he's working with what he has to get firefighters relief from the heat.

"That's priority number one: the health and safety of our firefighters."

To prove the point of how hot the trucks are with A/C, firefighters shared photos Monday of temperatures on social media reading 100, 105 and 107 degrees taken by thermal imaging cameras inside ladder and engine trucks.