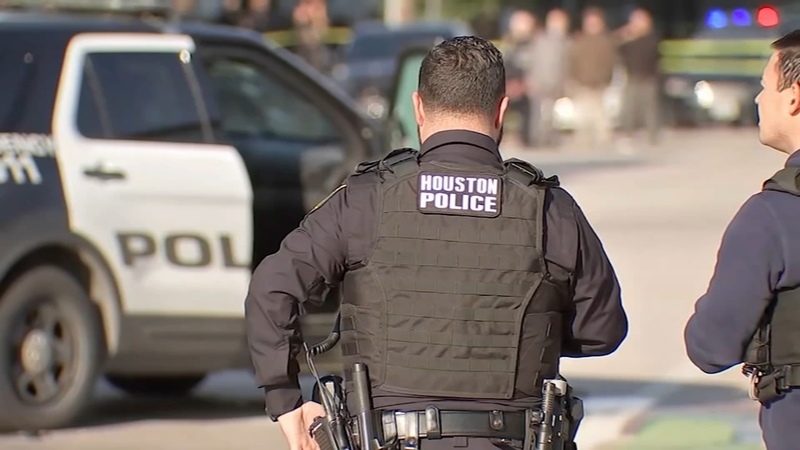 HOUSTON, Texas (KTRK) -- Several days this week, members of local law enforcement have gotten the news that their colleagues have been killed or injured on the job.

Less than 24 hours later, Harris County Sheriff's Office Sgt. Ramon Gutierrez was hit and killed by a suspected drunk driver while he was working traffic control for an oversized load on the Beltway.

SEE ALSO: Sergeant was to walk daughter down aisle until his hit-and-run death

Thursday afternoon, three Houston police officers were shot after a suspect opened fire during a chase.

"That's what several members who knew (Gutierrez) said, 'This one just hits different because it could have been one of us,'" Sheriff Ed Gonzalez said during a vigil Thursday night for his fallen deputy. "Nowadays there are so many different threats, whether it be the driving conditions we've heard, the road rage, the heavy weaponry, these automatic switches. It's just very challenging right now."

The Police Executive Research Forum surveyed 194 agencies across the country last year regarding their workforce trends.

The responses found that resignations increased by 18 percent from 2020 to 2021 compared to 2019 to 2020. In the same time period, retirements increased by 45 percent, yet hiring was down by five percent.

"We have had a few officers who are leaving the department and getting another job because they know that it will be safer but they won't be vilified by the things we are today," Doug Griffith, president of the Houston Police Union said.

Our 13 Investigates team found that most officers who left HPD in the last few years left the profession altogether. Only 15 percent are still licensed through the Texas Commission on Law Enforcement.

"We have 300 less today than we had in 1998," Griffith said. "The sad thing is the administration has done a great job here. They've given us extra classes, but we can't fill those classes. We graduated one class with only 43 cadets. We will never keep up with attrition at that rate."