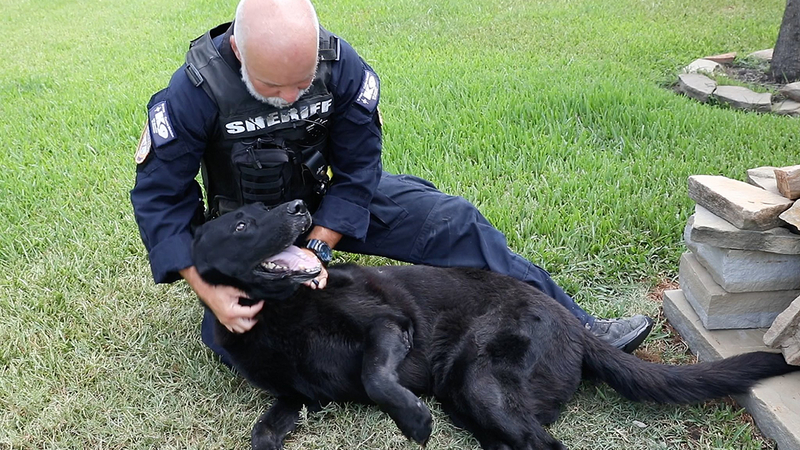 Watch video of Gunnar and Launcher, two of HPD's famous K9s in action!

HOUSTON, Texas (KTRK) -- The Harris County Sheriff's Office had to say goodbye to a four-legged deputy who was already enjoying life in retirement.

"It is with heavy hearts that we announce the passing of K9 Boomer," the sheriff's office posted on its Facebook page.

According to HCSO, Boomer worked with his partner in the field, Deputy Thomas, when the animal was 2 years old.

When Boomer retired more than a year ago, the dog's partner soon became his parent when Deputy Thomas adopted him.

In recent years, southeast Texas has been a breeding ground for heroic law enforcement animals. You can see additional examples with the stories below.

A heroic K-9 named Raider used one sharp sense of smell to bring the hunt for a woman's alleged killer to a close Wednesday.