Police say the intruders got away with a safe full of cash after kicking in the door of the home.
KTRK
By Charly Edsitty and Mycah Hatfield 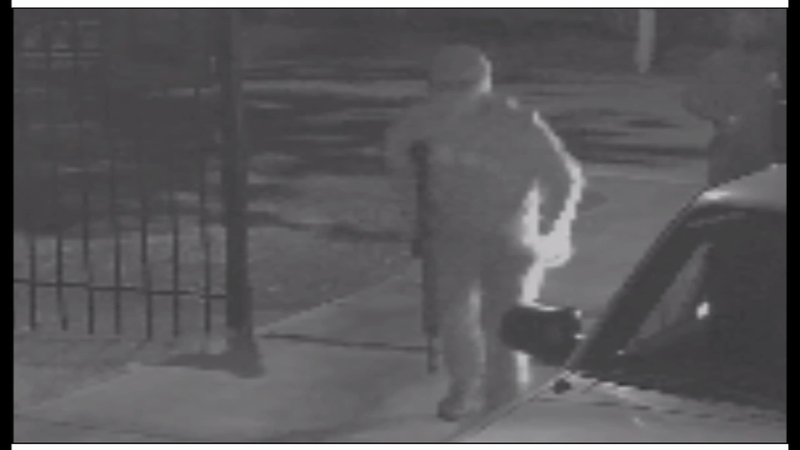 HOUSTON, Texas (KTRK) -- A grandfather is in critical but stable condition after being shot twice during a home invasion on Thursday night in north Houston, police say.

Detectives say the man's 2-year-old grandson was also inside when intruders barged into the house on Carby Road near Foxridge Drive.

Four men used a sledgehammer to get through the front door, demanded money from the grandfather, took his safe, and then shot him in the head and shoulder at close range with a shotgun, according to Houston police.

The safe had the family's savings and jewelry inside.

The victim's wife came home from work 30 minutes later to find her husband wounded. The child was not hurt.

"He actually came outside looking for help," said Miranda Reyes, the victim's daughter and mother of the child inside. "Everyone had their gate closed. He didn't find help. You can see him walking around to look for help in the camera, but no one came out, so all he had to do was go back inside and get the kid and lay down."

The grandfather was taken to Ben Taub Hospital, where the detective on the case said doctors are optimistic about his condition.

"The kids saw everything, and that's the part that breaks my heart, that a 2-year-old saw his grandpa getting beaten and shot," Reyes said. "It's just heartbreaking."

Detective Garcia, who is working the case, said this was a targeted robbery.

Family members believe it is because they own several fruit stand businesses.

RELATED: Police search for suspects who tied up man inside home in Sugar Land

"I guess that's what caused them to do this kind of stuff," Reyes said. "They know we own a business. They are just trying to get to the money."

Garcia said they have leads they are following but described the suspects as younger Hispanic males in a dark-colored SUV.

Four intruders are still on the run, following a home invasion that has left a grandfather in critical condition.