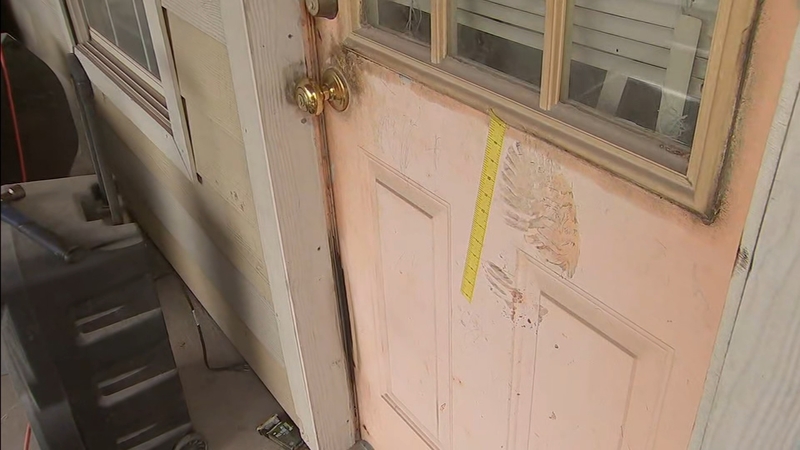 HOUSTON, Texas (KTRK) -- A terrifying home invasion in Houston's east side left a father with a gunshot wound to the head and a teenager hiding in a closet, according to police.

HPD investigators said it happened just after 11 p.m. Monday at a home in the 12700 block of Coulson Street near Berthas Lane.

Investigators said this may have been a targeted attack because the homeowner was sitting outside his house.

Eric Pena, 18, hid inside a closet but was found and forced to lie in a shower. The men then demanded money from the father and that's when shots were fired, police said.

"I opened my door and they shot me right here and I moved a little bit," said Eric Pena's father, Arturo Pena.

"I looked at him, he looked at me. He told me, 'Don't look at me funny,' while threatening me. He had the gun sideways like pointing it at me. After that, like five seconds, they told me to get up, to go to the shower," said Eric Pena.

A neighbor, who happens to be a police officer, told ABC13 the teenager ran across the street to get help. The off-duty officer went into the home and found Arturo Pena lying on the floor, then called for help.

Arturo Pena was shot in the head but he is out of the hospital and is expected to be OK, according to authorities.

"The doctor and the nurses tell me, 'Hey, you're the lucky boy today,'" Arturo Pena said.

The suspects rummaged through the home and stole wallets, a cell phone, and a bracelet, according to the family.

"He is a businessman, evidently he is in the trucking business. We are not really sure if that's why he was targeted. He has quite a bit of equipment in the backyard, like semi-trucks, that he runs his business with," said Lt. R. Willkens.

Officers said they searched the neighborhood and are also looking for surveillance video that may have captured the suspects.