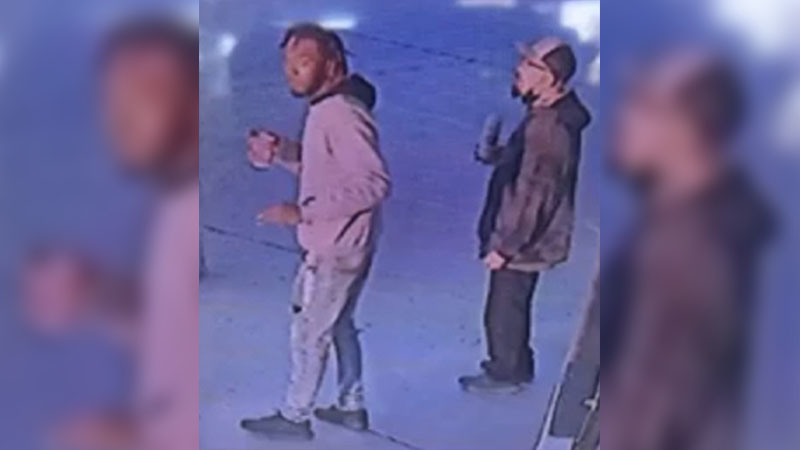 SUGAR LAND, Texas (KTRK) -- Sugar Land police are searching for three men who tied up a man inside a home during an aggravated robbery in the Eldridge Lakes Subdivision on March 25.

At about 7:20 a.m., a grandfather was taking his granddaughter to school before the intruders tied him up, police said.

Police released footage that captured the suspects on camera taken from a convenience store located a short distance from the scene.

The first person of interest is described as a darker-skinned man who was originally wearing a black hoodie and black pants.

Police believe he changed clothes into light-colored jeans and a gray hoodie in the convenience store.

The second person of interest is described as a lighter-skinned man wearing a baseball cap, black pants, a dark hoodie, and glasses.

Anyone with information about the incident or the suspects involved is asked to contact Fort Bend County Crime Stoppers at (281) 342-TIPS.