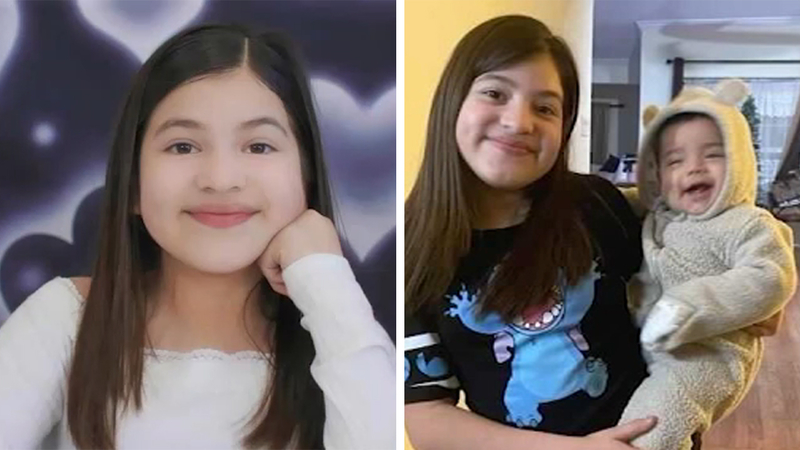 Arlene was shot to death on Valentine's Day while going to get pizza with her family. A robbery victim tried to fire shots at the suspect, and unknowingly shot the child instead, investigators say.

A lot of people from the community are expected to gather at Grace Church today to honor Arlene.

There will be a public visitation beginning at 10 a.m., and the funeral service will follow at 1 p.m.

A 9-year-old girl who was accidentally shot in the middle of a robbery in southeast Houston has been pronounced dead, according to authorities.

Arlene's accused killer has been identified as Tony Earls. He claims he was robbed at an ATM moments before he fired shots at the Alvarez family's truck, thinking the robber got into their car.

Earls was arrested shortly after the shooting and charged with aggravated assault, but posted his $100,000 bond and is out of custody. The Alvarez family believes he should still be in jail.

"That's not fair that the guy's out there, like, without nothing. That's not fair. They need to be in jail. No bond," Arlene's mother, Gwen Alvarez said. "They need to suffer what we suffer, because we don't sleep. We go through the pain and they don't."

A new video released by police shows the moment the suspect approached Tony D. Earls and his wife at the ATM and robbing them at gunpoint.

The robber has still not been found, and there is a huge push to find that person. Surveillance video has been released of the suspect, but no arrests have been made.

The Alvarez family says Earls was not justified in firing the shots that killed Arlene.

"We know the laws and we know when to shoot. You shoot once, that's it," Arlene's father, Armando Alvarez said. "If the person is not in front of you, it's not a threat anymore, so it's not in self-defense."