9-year-old dies after being shot by robbery victim in SE Houston, authorities say

The same Chase bank location is where a woman, Mary Jane Gonazlez, was shot to death over $40 in October.
KTRK
By Brhe Berry and Mycah Hatfield 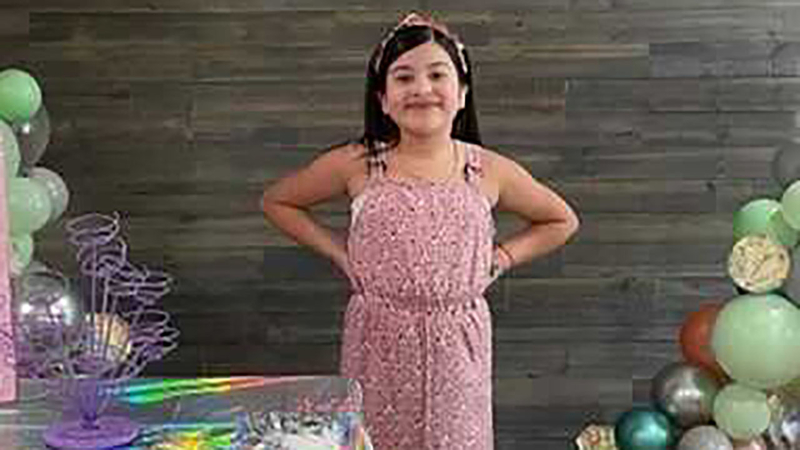 9-year-old dies after being shot by robbery victim, authorities say

HOUSTON, Texas (KTRK) -- A 9-year-old girl who was accidentally shot by a robbery victim in southeast Houston has been pronounced dead, according to authorities.

The girl, identified by family members as Arlene Alvarez, was in critical condition on life support after she was shot in the head during a nearby hold-up at an ATM in southeast Houston, police say.

But in a Tuesday afternoon update, police said Arlene had been pronounced dead.

According to police, 41-year-old Tony D. Earls has been charged with aggravated assault with serious bodily injury in connection with the shooting.

UPDATE #3: Sadly, the Harris County Institute of Forensic Sciences advised late this afternoon that the nine-year-old girl has been pronounced deceased. #HouNews https://t.co/X9dAEiFqHf

It happened at the Chase bank in the 2900 block of Woodridge Drive and Village Way at about 9:43 p.m. Monday.

According to authorities, a man and his wife were in their vehicle in the drive-thru of the ATM, when another man walked up to him and robbed them at gunpoint. The customer got out of his vehicle and shot at the robber running away and then at a pickup truck he thought the robber was getting into, police say.

"I heard the bullets," Armando Alvarez, Arlene's father, said. "First instinct was to speed up. As soon as I speed up, what are you doing? You're already coming next to him and going toward the guy shooting. So I guess when I sped up he thought I'm with that guy. He shot four or five times."

The Alvarez family was headed to one of their favorite spots, Spanky's, to eat pizza for Valentine's Day. The father, who works as an electrician, had just gotten off work at 8:30 p.m. and wanted to deposit some cash before they went to dinner.

Alvarez said he heard the initial gunfire and told his family to get down in the car, but Arlene was in the backseat wearing headphones watching videos and did not hear him.

"She was the only one who didn't get down because she didn't hear me," Alvarez said. "I thought she got down because I said, 'Get down,' but I saw her go down too fast."

The father held his 9-year-old in his arms and said he could feel that she passed on. When officers arrived, they found Arlene unresponsive in her parents' truck. She was transported to Memorial Hermann Hospital, where she later died.

"Like I said, I have guns too," the heartbroken father said. "I'm not against guns. I get it. The guy was protecting himself, but have more common sense. There is no reason for you to shoot more than three times when the robber was already two blocks down."

Alvarez said his daughter loved attention and cameras and hoped to follow in her mother's footsteps of doing hair and nails.

Authorities said they do not have a description of the robber and don't believe he was hit by gunfire.

Anyone with information in the shooting and robbery is urged to contact the HPD Homicide Division at 713-308-3600 or Crime Stoppers.

The same Chase bank location was the site of another deadly shooting back in October.

Mary Jane Gonzalez was killed over $40 when a robber shot her once in the head, her husband told ABC13.

Police have since released surveillance images of the gunman, but at last check, they have not made an arrest in the case.

This is the second time in just a week that a 9-year-old child has been shot.

On Feb. 8, Ashanti Grant was shot during an apparent road rage incident while heading to the grocery store with her family. Her uncle has said she was sitting in the back seat of her family's vehicle, watching cartoons, when she was shot.

Police have not found her shooter, but there's now a $30,000 reward for information leading to an arrest.