'How many kids have to die?': Girl's family angered by release of accused gunman 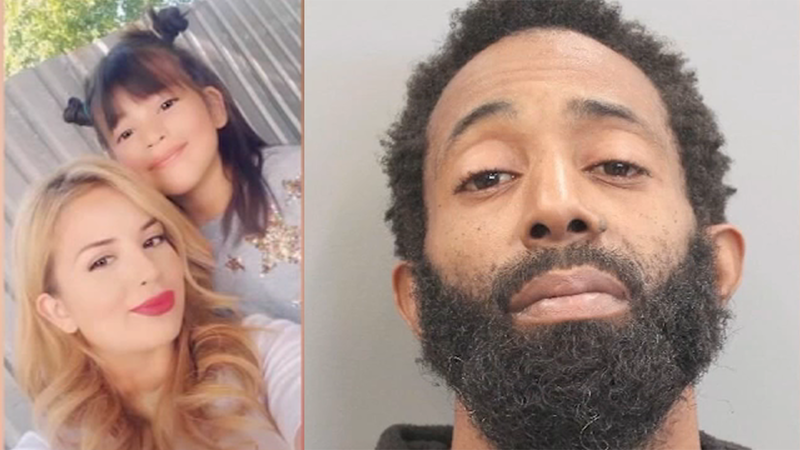 HOUSTON, Texas (KTRK) -- In between planning their 9-year-old's funeral, Armando and Gwen Alvarez learned that the man police said shot and killed their little girl was released on bond.

In a news conference Friday, the parents said they were both angry and determined to see both men involved in Arlene's death behind bars.

"He's out. He lives in my area, near my home," Armando said. "You think I want to be in my house right now?"

That anger took the form of anguish when Gwen spoke.

"I feel like he needs to be in jail. Both of them," said Gwen.

After that, she broke down.

Their grief was intensified by the fact that no one has been held accountable for Arlene's murder. Houston police said Tony Earls shot and killed the 9-year old after being robbed at a Chase Bank in Gulfgate. Earls is charged with aggravated assault and posted a $100,000 bond.

New surveillance video shows the unidentified, alleged thief who triggered the shooting. On Friday night, both men were free.

"Our children, they're our everything," Attorney Rick Ramos said. "We're sending a message out here to the criminals that a child is absolutely worth nothing."

Ramos said the men should be arrested, charged with murder, and denied bond. On top of that, Ramos also plans to sue Chase Bank on the family's behalf.

The bank company is accused of failing to provide the necessary security that could have prevented Arlene's death.

"How many kids are going to have to die? Are you going to wait until it's your kid? It isn't right," said Armando.

There is a march planned in Gulfgate for Arlene Saturday morning. People plan to meet at 11 a.m.

The family of 9-year-old Ashanti Grant told ABC13 they plan to attend. Ashanti was also shot earlier this month during a road rage incident, but thankfully her condition is improving. Ashanti's grandmother said they want to support the Alvarez's.