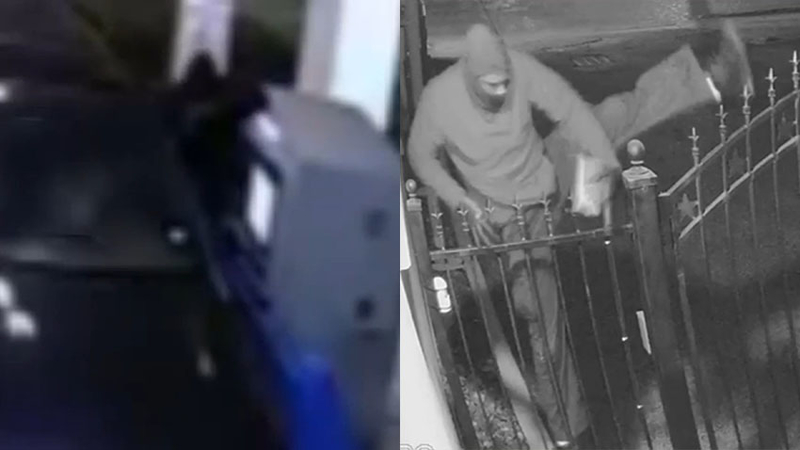 According to authorities, 41-year-old Tony D. Earls and his wife were in their vehicle in the drive-thru of the ATM when another man walked up to their car and robbed them at gunpoint.

Earls got out of his vehicle and shot at the robber, who was running away, and then shot at a pickup truck he thought the robber was getting into, police say.

Arlene was in the pickup truck at the time the shots were fired. She was struck and later died at a hospital.

The Alvarez family was headed to one of their favorite spots, Spanky's, to eat pizza for Valentine's Day.

Armando, Arlene's father, who works as an electrician, had just gotten off work at 8:30 p.m. and wanted to deposit some cash before they went to dinner.

According to police, Earls has been charged with aggravated assault with serious bodily injury in connection with the shooting.

Following the robbery, the suspect fled the scene on foot and jumped over a fence at a business in the 200 block of Winkler. Police believe the suspect may have been running toward a nearby apartment.

Video shows shots being fired from the robbery suspect as he jumps over the fence.

The suspect is described as a Black man, who is 6-feet tall. He is believed to be left-handed, according to police.

Anyone with information in the shooting and robbery is urged to contact the HPD Homicide Division at 713-308-3600 or Crime Stoppers.

'How many kids have to die?': Girl's family angered by release of accused gunman

Mother of 9-year-old shot to death during ATM robbery speaks out: 'I didn't scream loud enough