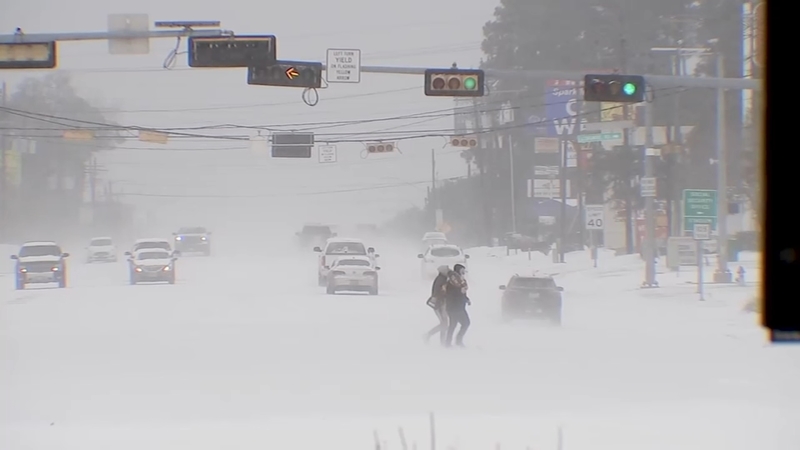 "This was just a lucky break," U.S. Rep. Sylvia Garcia said. "We thought it was going to be this cold, but it wasn't, so we haven't really tested anything."

Monday marks one year since the storm began. It killed 246 people and left millions without electricity and clean water for days, even weeks.

Five hundred others died from carbon monoxide poisoning while attempting to warm themselves inside their vehicles.

"It wasn't as severe," McConnell said. "Many of the fundamental issues that we were struck by last year still remain... we're just fortunate, that's all we can say."

Throughout the hour-long conversation, the legislators and stakeholders debated the merits of two bills passed by the Texas Legislature last session, requiring power plants to weatherize among other measures overhauling the state's electric grid.

Both Jetton and Rosenthal agreed, however, the legislature will have to keep tackling the issue to deliver the competitive electric pricing and protective regulations Texans want.

Q: "What has Gov. Abbott actually done other than asking the ERCOT board members he appointed to resign, and then appointing another group? Has any of the previous years' recommendations been implemented?" - Howard Miller, West Houston

Rep. Jetton: On Senate Bill 2, Jetton said the legislature made significant changes to the makeup of ERCOT's board, and put more regulations on who could serve there, including Texas residency requirements.

"The governor led the way on making sure that those individuals that were part of ERCOT before resigned," Jetton added. "I think that steps have been taken, I don't believe that we're done, I don't think that when it comes to infrastructure we're ever really done. But I think that we've addressed a lot."

Q: "Power to our home was out for three days. It was frustrating to look outside and see empty office buildings with power. Have procedures been put in place to turn off power to office buildings before residences?" - Helen Pullen, Upper Kirby

"We all should recognize the grid is not managed so that people in fancy offices can stay lit while people in homes freeze," McConnell said. "They're looking at the load management of the entirety of the grid, and all of the issues associated with maintaining grid stability. Depending on how the grid is laid out, that's how those decisions get made, they're not arbitrarily made. That's a fact, but it's hard."

You can watch the town hall on your favorite streaming devices, like Roku, FireTV, AppleTV and Google TV. Just search "ABC13 Houston."