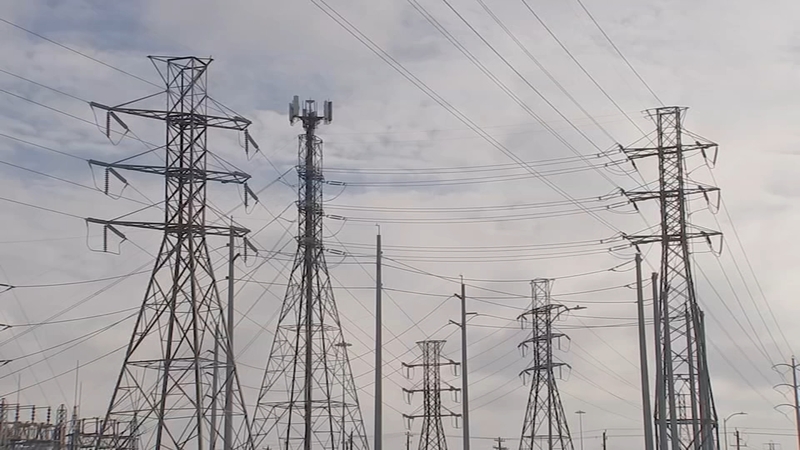 HOUSTON, Texas (KTRK) -- As we approach one year since the historic deep freeze in Texas that left so many of us in the dark for days, we turned to experts to see if how the grid performed during the cold front gives them any indication of how it may hold up during a bigger test.

"It was tested. It was an easy test and we passed the test and you sure wouldn't want to fail an easy test, because then we would really be in trouble," explained Daniel Cohan, an associate professor of civil and environmental engineering at Rice University.

Though last week's cold weather did not test Texas' power grid anywhere near to the extent of the deadly winter storm in 2021, Cohan said there are encouraging signs that came out of the cold front.

"They weren't tested as hard, but they worked. We didn't see the widespread outages that could have led to trouble and that's where the legislature is really focused its attention, requiring winterization plans, requiring inspections, so as far as we can tell, those may have helped," said Cohan.

Besides the weather not being as severe, more grid capacity helped keep the lights on too.

Cohan explains Texas has been a leader in wind energy, but it's solar energy that is really shining right now.

"Texas has been adding solar farms faster than any state has in U.S. history. So it's not just that we were number one last year, but it's that this pace that we're on over this couple of years has never been seen in the U.S. before," said Cohan.

Sami Sultan, the president of Houston Renewable Energy Group, a nonprofit organization dedicated to advancing the overall renewable energy industry within Houston, said he has seen first-hand the impacts of growth in our area.

"As we trend, you have potentially residential solar and storage just being more and more popular over time...and then you also see careers that just constantly flourish from this area," explained Sultan.

Bottom line, how will the growth of green energy impact you? Experts say, eventually, we will see a more reliable grid and have a better chance we do not get left in the dark.

"We were really vulnerable to that over-reliance on one single fuel. I think as we've had this growth of more wind and more solar being added, would love to see geothermal added to the grid, that will give us some more diversified and more balanced supply that won't leave all of our eggs in one basket," explained Cohan.