8-year-old grazed by stray bullet while at gym with mother in N. Harris County 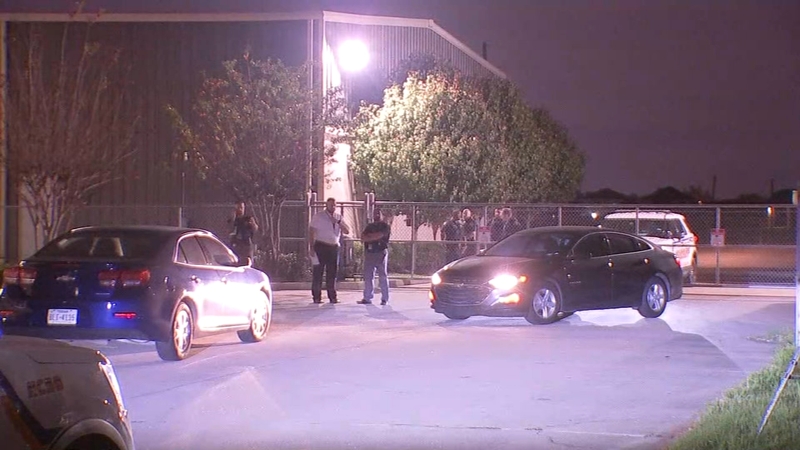 HARRIS COUNTY, Texas (KTRK) -- An 8-year-old girl is in the hospital after she was grazed by a stray bullet while at a basketball gym with her mother in north Harris County.

Sheriff's deputies responded to the FLEX Training Facility in the 18500 block of Imperial Valley Drive and Rankin at about 8:20 p.m. Monday.

According to Sheriff Ed Gonzalez, the girl was attending an exercise class when the stray bullet grazed her shoulder.

She was taken to the hospital, but is expected to be OK.

Five adults, including the child's mother, were inside the facility at the time.

Investigators say the door was open and believe that's how the bullet traveled inside the building and hit the girl. Authorities also believe the shot was fired from a handgun.

Gonzalez says multiple shots were heard coming from the direction of the road.

Update to last night’s incident on Imperial Valley: 8-yr-old female child was attending exercise class inside of a gym and was grazed in the shoulder by a bullet. The child was transported to a hospital and is stable. Multiple shots were heard coming from the roadway area. https://t.co/PLOqAGlkkv

The incident Monday night marked the third child hit by a stray bullet in the Houston area since Christmas Eve.

On Sunday morning, an 11-year-old girl was shot while asleep in her bed in Livingston.

Polk County deputies say they want to speak with a person of interest named Avery Norman, who may be driving a black Dodge truck or black Acura, about the shooting on FM 1988.

If you have any information regarding Norman's whereabouts, you are urged to contact the Polk County Sheriff's Office at 936-327-6810.

On Christmas Eve, a 5-year-old was shot when a neighbor's gun accidentally went off at an apartment complex on Barker Cypress.

The child was taken to the hospital in good condition.