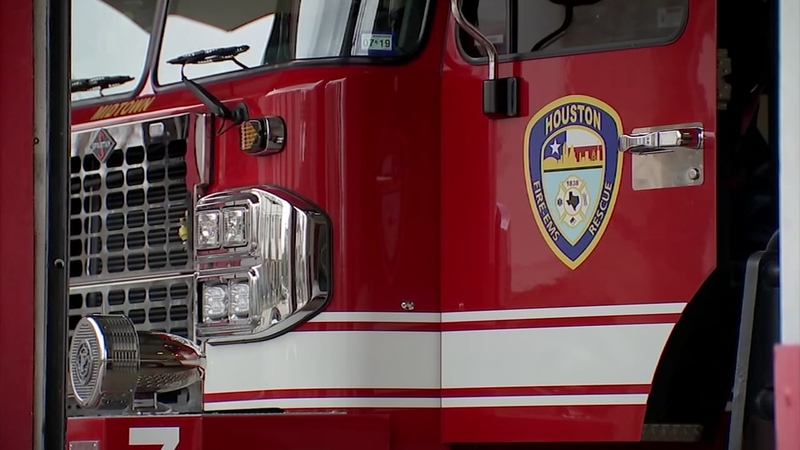 HOUSTON, Texas (KTRK) -- NOTE: On Wednesday, the Houston Professional Firefighters Union replied to Turner. The post below is updated to include that statement.

In the letter, Turner writes, "I do not want to lay off anyone... I propose that Prop B be implemented over five years." 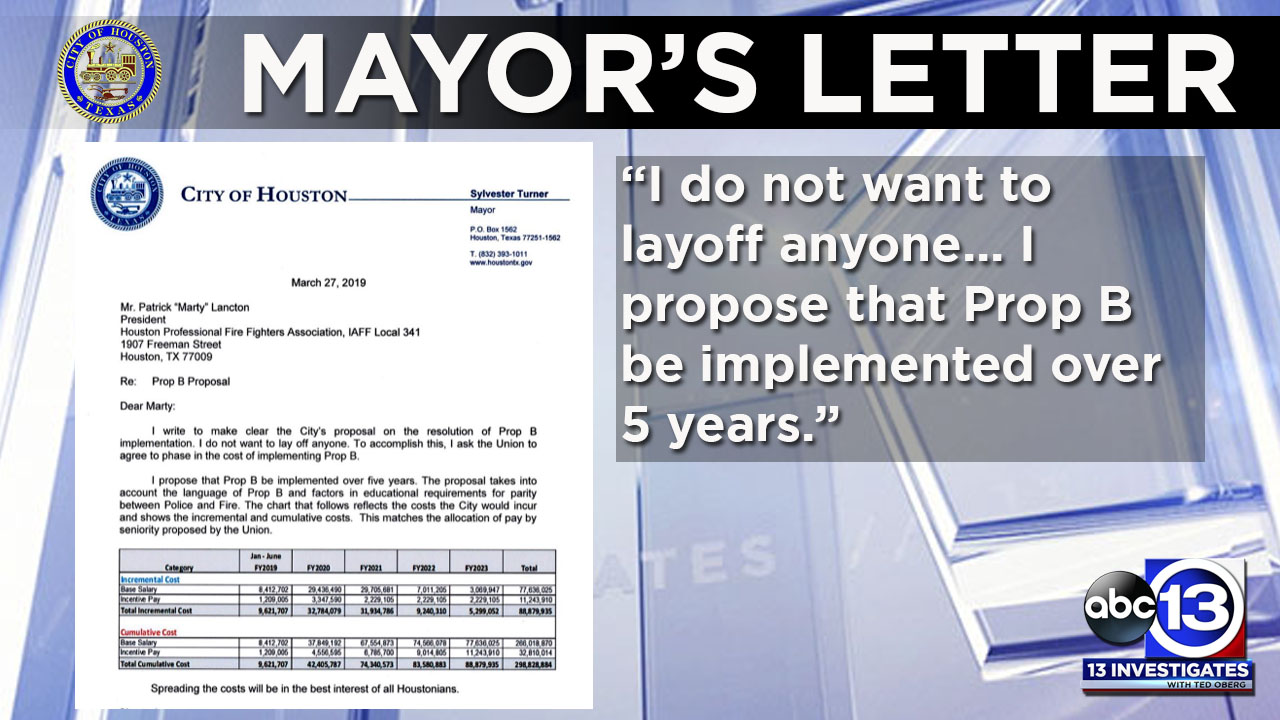 The offer is slightly increased from an email sent in mid-February. It does not include financial details of police officer pay the union has repeatedly requested.

Looking over the mayor's letter, Firefighters Union Local 341 President Marty Lancton told 13 Investigates, "It does not implement Prop B at all."

In a letter to the mayor Wednesday morning, Lancton writes Turner, "At first glance, the proposal seems to offer a portion of the pay and benefits over a five year period." The letter asks Turner for more explanation on financial details and parity. "...You alone will be responsible for the consequences of diminished public safety services and for the loss of Houston-trained, taxpayer-funded firefighters," Lancton writes before concluding, "When you are serious about resolving our differences, please let us know."

No talks between the city and union are currently scheduled. Layoff notices are likely to be sent early next month, possibly as soon as Monday. 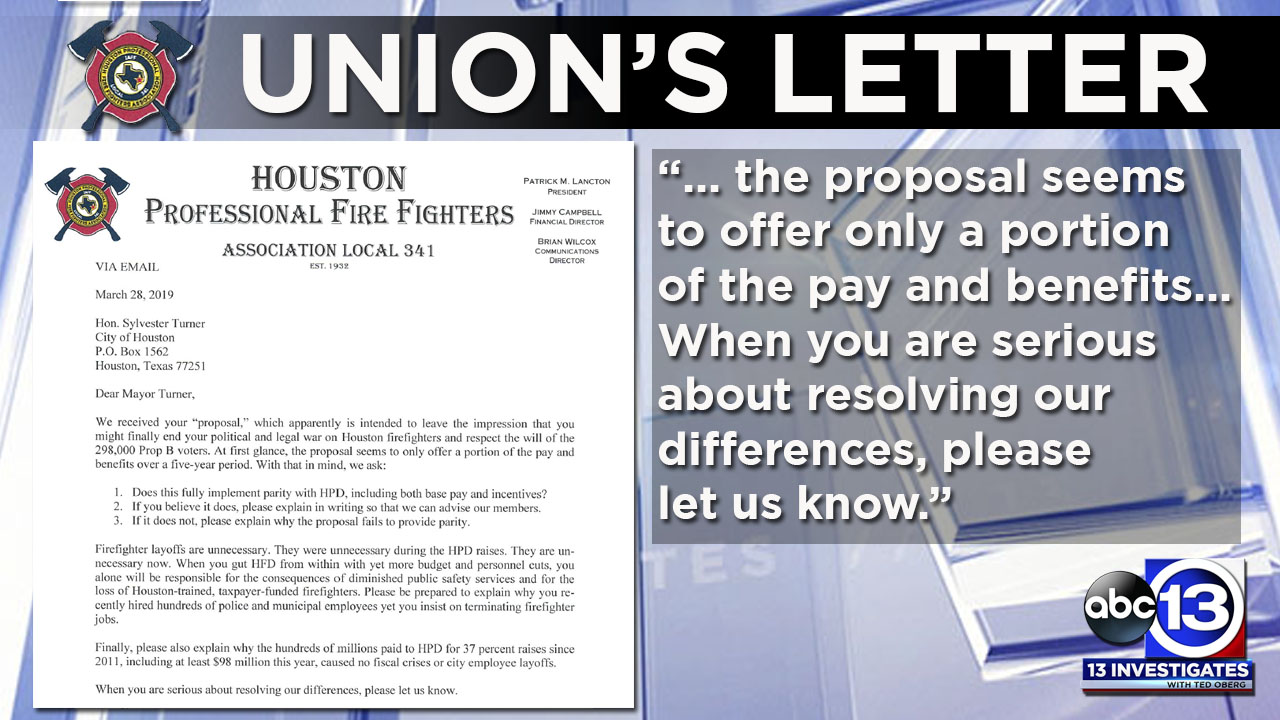 The back and forth comes just hours after Houston City Council trashed the proposed $19-24 per month garbage fee to fund firefighter raises.

Councilmember Dwight Boykins proposed the fee to find a way to pay for Prop B and called Wednesday's vote "a vote of conscience." His colleagues voted it down by a 16-1 vote.

Boykins was the only one to vote for it. As it went down, though, council encouraged the mayor and firefighters to find a way to implement Prop B without layoffs.

Councilmember Karla Cisneros encouraged Turner to, "Talk about a commitment to conversations and negotiating. It is my impression that both sides think the other side is not open to that."

Councilmember Martha Castex-Tatum told colleagues, "I think the conversation at this point needs to be, at this point, what are some additional options?"

Councilmember Dave Martin got more specific asking for "the data for a 4-year phase in, starting on July 1, 2019." A four-year deal would split the difference between Turner's five-year plan and the most recent firefighter proposal at three years.

The change in tone around the council's horseshoe-shaped table was a slight win in itself for Boykins, who said he thinks council colleagues "want the mayor and fire union to sit down and talk... At the end of the day, the fourth largest city cannot afford to have 400 or 500 firefighters lose their jobs."

Turner has said without a 'revenue scheme' or phase-in plan, the city would have to lay off 380 firefighters and more municipal workers to afford pay raises and still balance the budget.

During the council session, Turner made no promises to re-start stalled negotiations. Pressed afterwards, he said, "There is no problem with having negotiations or talks. We certainly would like to come to a resolution that works in the best interest of Houston."

The mayor Tuesday continues to deny there is any plan to close fire stations, but did admit Houston Fire Chief Sam Pena is suggesting "standing down" 10 fire units due to layoffs. That would mean taking them out of service.

He did not know which ones the chief was suggesting, and Pena did not respond to questions asking for a list. Neither did they explain the mayor's assurance the department could go without 10 trucks without affecting public safety. Many Houston fire stations have just one fire truck and an ambulance.