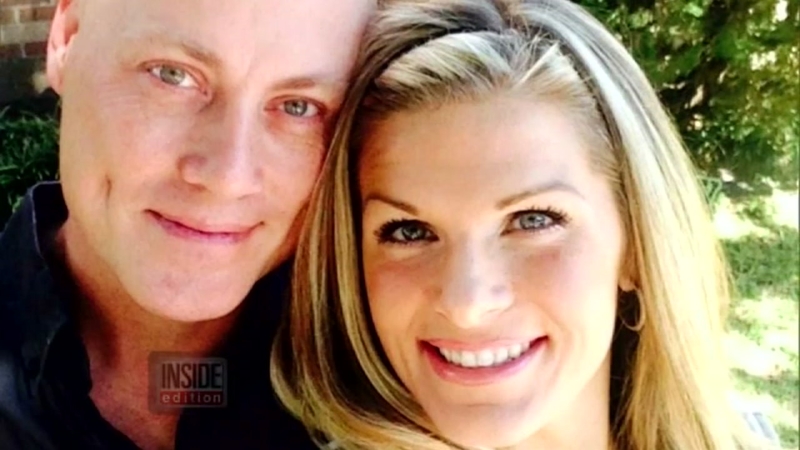 HOUSTON, Texas (KTRK) -- Crystal McDowell's disappearance was somewhat interwoven with the larger tragedy of Hurricane Harvey. That was until, police say, the 38-year-old's ex-husband confessed to her murder.

According to authorities, the prominent realtor was last seen on Aug. 25, 2017, just before Harvey's landfall. At the time, McDowell was staying with her ex and their kids as her home was remodeled.

Investigators were suspicious of foul play. An active search began on Sept. 2, 2017 and her body was found in a wooded area seven days later.

According to the Chambers County Sheriff's Office, 44-year-old Steven Wayne McDowell tearfully confessed to strangling her, although no motive was immediately stated.

The victim, who sources have identified as Belinda Hernandez, reportedly died from an apparent gunshot wound.

A beloved school librarian met a tragic end after Hilario Hernandez, a 33-year Houston Police veteran, accused her of flirting with another man and then allegedly shot her to death.

Police rushed to the couple's home on March 23 after a family member discovered Belinda Hernandez's body inside. Hilario was nowhere to be found.

State troopers caught up with the HPD sergeant at a Kingsville hotel, just 100 miles north of the Mexico border.

He was relieved of duty with pay. Police said if he is convicted of first-degree murder, Hilario will forfeit his pension.

She was reported missing, but deputies say her husband knew where her body was all along.

Details are still unraveling in the case of a west Harris County man who allegedly strangled his wife and cremated her body in a backyard shed, tossing her remains in a workplace dumpster.

A string of emails and a call to 911 preceded a Feb. 18 murder-suicide that claimed the lives of a husband and wife in Sugar Land.

Investigators said the couple's 16-year-old daughter was at home sleeping when her father killed her mother, 46-year-old Shanti Nakirekanti, on the driveway.

Before turning the gun on himself, police said Sreenivas Nakirekanti, 51, dialed 911 and gave dispatchers his address.

When police arrived, the girl answered the door. She said her father was not coming out of the bedroom.

Emails sent out before the shooting apparently alluded to something bad on the horizon. The emails were turned over to the police.

An eruption of gunfire sent worshippers running from Christ the Redeemer Catholic Church on Huffmeister on Jan. 17.

Amidst the chaos, deputies found the body of 66-year-old Graciela Torres. Her daughter was also injured in the shooting.

After evacuating some hotel guests, deputies found Edigin dead of a self-inflicted gunshot wound inside the bathroom of his hotel room.

Sources said Torres had recently sold a property in Mexico and there had been a dispute over the money.

Jonathan Allee was sentenced to 35 years in prison on March 5, nearly three years after being arrested for his wife's murder.
Allee pleaded guilty after admitting to his cell mate that he killed his wife, Elizabeth Ferrell, and dumped her body in Louisiana. Authorities said she had been strangled, and also had blunt force trauma to the head.

In April 2016, a fisherman discovered Ferrell's body partially submerged in water off I-10 in Iberville Parish.

Homicide detectives are investigating if this was a possible murder suicide.

An 11-year-old girl made a harrowing call to 911 on Feb. 3. Her mother and another woman had been shot, and police say her father was the gunman.

Officers rushed to the family's apartment in the 6400 block of W. Bellfort, where they found the body of Maricela Davila.

Ada Leguna, believed to be the shooter's mother-in-law, was transported to the hospital with a gunshot wound to the leg.

Investigators said the gunman shot both women and then turned the gun on himself.

Police said a man fatally stabbed his wife, a beloved HISD bus driver, before carjacking a person on Oct. 10, 2018.

Everett Wright, 25, is facing murder charges in the death of his wife, Kaouta Domingue, 25.

According to investigators, Wright allegedly carjacked another bus driver's red Jeep after he was spotted running near the HISD bus barn.

He allegedly told one of his wife's friends he was arguing with Kaouta when she "had an accident."

Neighbors said they pulled two children who were covered in blood from the car where their mother had just been shot.

Family members said Roy Garcia Jr. was supposed to move out of the home he shared with his ex-wife and her two kids.

But before the moving truck could be called, Baytown police said he killed his wife, all within view of her children.

Julia Martinez died Sept. 16, 2017 when Garcia climbed into her SUV during an argument and opened fire, according to police.

He fled the scene, but was arrested by DPS troopers in San Antonio. Police said Garcia was arrested before on suspicion of domestic violence.

Davis confessed to killing her husband Morgan in December 2016 because he "wouldn't stop yelling and cursing me, so I shot him."

Morgan's body was found by deputies on the floor of the master bedroom.

The couple's 15-year-old daughter was at home at the time of the shooting, and found her mother standing over her father's body as she confessed to 911 dispatchers.

A 61-year-old man was charged with murder after police said he ambushed his wife on July 12, 2018 and then shot her outside a senior center.

Anthony Ray Authorlee is accused of waiting outside The Medallion for his wife, Senta Authorlee, to arrive.

Police said he shot his wife of 31 years in the stomach. She died at the scene.

As for a motive, Anthony allegedly confessed to shooting his wife after a dispute about their adult son.

A woman has been charged in her common-law husband's death.

At first, Maria Martinez claimed self-defense in the March 5, 2018 stabbing death of her common-law husband.

But after an investigation, Martinez was charged for the murder of the 26-year-old.

Houston police said Maria stabbed her husband in the chest after the couple started fighting inside a moving vehicle.

Man in custody after authorties say he shot and killed his wife.

Deputies said Rafael Leos called 911 on Feb. 15, 2018 to report his wife had been shot, but an investigation determined he was the one holding the gun.

The body of his 28-year-old wife was found inside the Leos family home when deputies arrived. Their daughter was at home when the shooting occurred.