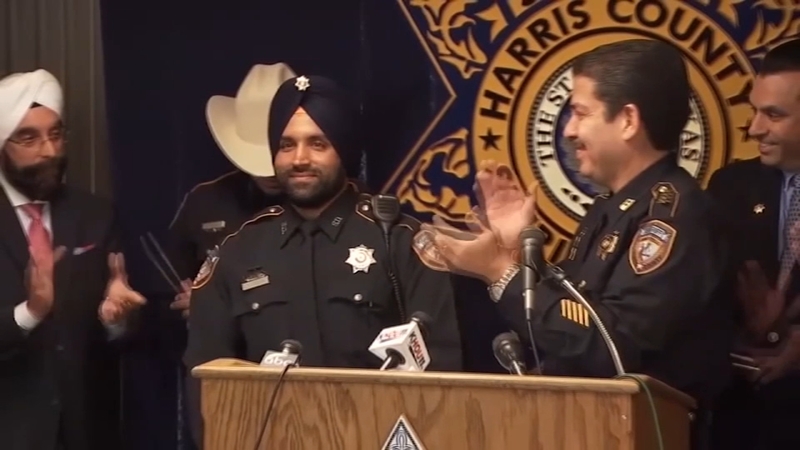 On Tuesday, Congresswoman Lizzie Fletcher, local district leaders and the USPS honored Dhaliwal with the office dedication. The post office is located at 315 Addicks Howell Road.

"This will serve as a permanent reminder of Deputy Dhaliwal's service, sacrifice, and example to us all," Harris County Sheriff Ed Gonzalez said.

Our fallen brother Deputy Sandeep Singh Dhaliwal was honored by renaming a postal office in west Harris County in his memory.

We are grateful to the Texas delegation, Harris County Commissioners Court, United States Postal Office, & the Sikh community for honoring him. #hounews pic.twitter.com/aXPsvTeLR2

Congress approved the renaming of the post office and it was signed into law by former President Donald Trump.

Dhaliwal was a well-known deputy, who was considered a trailblazer for being the department's first Sikh deputy. Dhaliwal was conducting a routine traffic stop in September 2019 when he was killed.

In 2020, a portion of Beltway 8 was renamed in his honor as well. Signs are up along the Beltway near Highway 249 in northwest Harris County, renaming that stretch the HCSO Deputy Sandeep Singh Dhaliwal Memorial Tollway.

Members of the Sikh community were at the post office Tuesday morning as it was renamed after him.