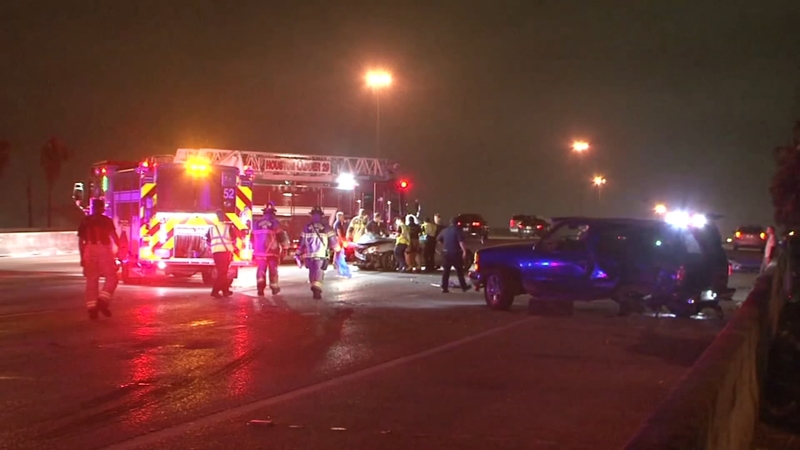 HOUSTON, Texas (KTRK) -- The driver and passenger of a Chevrolet Tahoe took off overnight after a Nissan Sentra slammed into the back of the SUV on the Gulf Freeway, killing the Nissan's passenger, police said.

It happened on the freeway near Monroe around midnight.

The Tahoe was in the outside northbound lane of the freeway when the Nissan ran into the back of the vehicle, according to Houston police.

The passenger inside the Sentra, an adult female, was killed instantly, police said. The driver was taken to a hospital where they were stable.

The two people in the Tahoe took off after the crash.

"What we understand happened is a Nissan collided with a Tahoe that was driving at a low rate of speed in the exit lane," said HPD Sgt. David Rose.

Investigators were still working to find the pair in the Tahoe. No description of the vehicle or the people involved were available Sunday morning.

The crash was the latest in a deadly trend on Houston roads over the weekend.