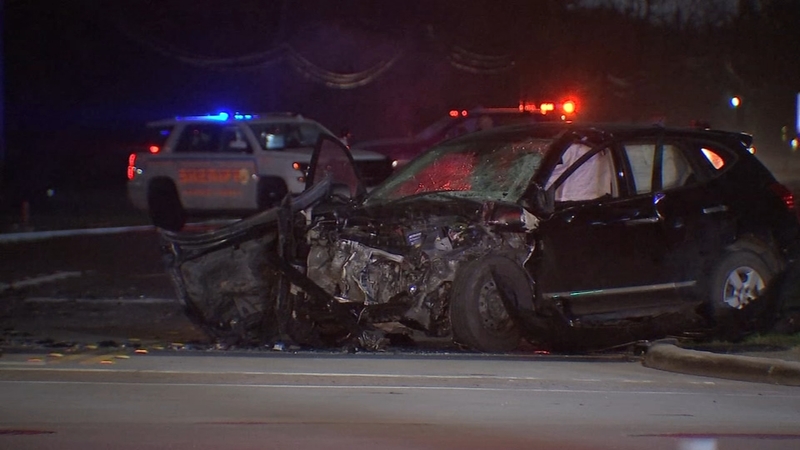 BAYTOWN, Texas (KTRK) -- A woman died Tuesday in a head-on crash on an east Harris County road and alcohol may have been a factor, according to deputies.

It happened around 9:45 p.m. in the 2000 block of West Cedar Bayou Lynchburg at San Jacinto Boulevard and Bush Road.

The driver of a Chevrolet Tahoe was stopped at a westbound red light waiting to turn when a Nissan headed in the opposite direction slammed into the SUV head-on, according to the Harris County Sheriff's Office.

The impact of the crash sent the Tahoe into a ditch. The Tahoe's driver was transported to a hospital where she was stable, deputies said.

The driver of the Nissan died at the scene.

Investigators said the Nissan was traveling at a high rate of speed when the crash happened and alcohol was found inside the vehicle. The Nissan's driver was not wearing a seatbelt, deputies said.

It wasn't immediately known if the driver of the Nissan was under the influence of alcohol, but investigators were still working to determine if that was the case.

Neither of those involved was immediately identified.

Tuesday's crash was the first in a series of fatal incidents on Houston-area roads over the past 24 hours. A driver was killed Wednesday morning in a southwest Houston crash that may have been the result of street racing, police said.