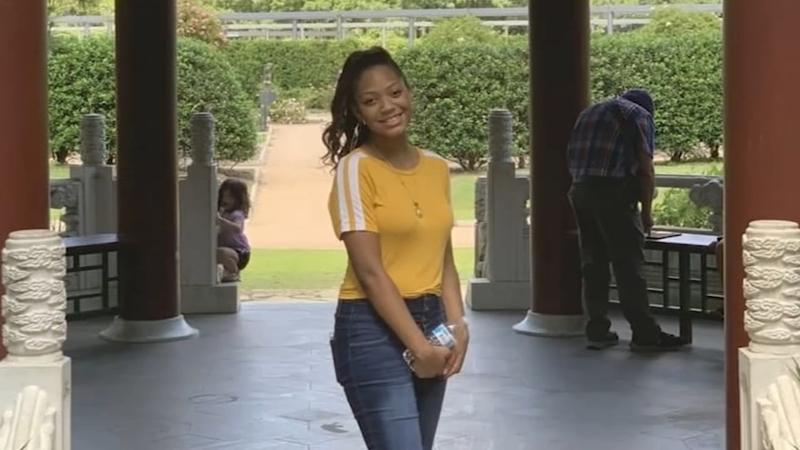 DICKINSON, Texas (KTRK) -- An arrest has been made in a hit-and-run incident that killed a 17-year-old girl in Dickinson.

Ziyanna Jones, a senior at Dickinson High School, was walking home from a Halloween party when an SUV struck her on Dickinson Avenue near 30th Street, at about 12:30 a.m. on Nov. 1.

Now, more than a month since the crash, authorities arrested Daniel Rodriguez, who they say is believed to be responsible for the crash that killed Jones.

Rodriguez was arrested Tuesday, Dec. 7, and charged with an accident involving death. The 35-year-old was given a $100,000 bond and is on an immigration hold. He is now being held in the Galveston County jail.

After Jones' death, her mom, Zaneta Wyatt, told ABC13 that her daughter had a bright future ahead of her. She was in choir, was a clarinet section leader on her school's band, and had plans to join the National Guard.

Now, Wyatt not only wants justice for Jones, who was the youngest of her five children, but she is also fighting for change on the busy road.