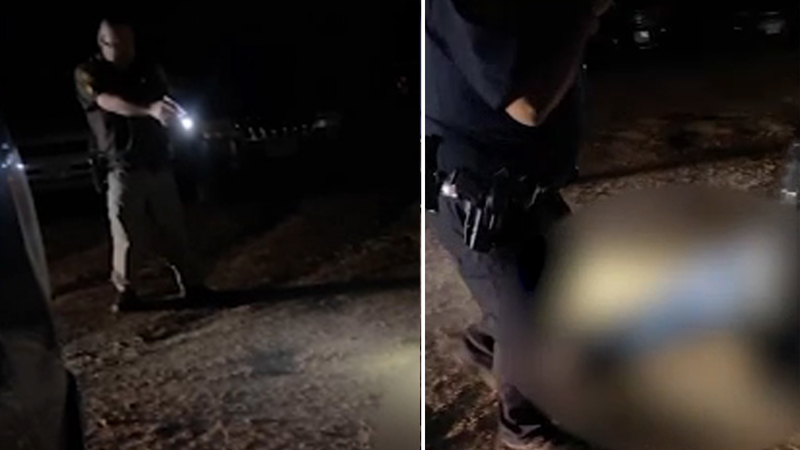 NEEDVILLE, Texas (KTRK) -- Multiple agencies are investigating after an off-duty Fort Bend County Sheriff's Office deputy shot and killed a man who was allegedly armed with a knife outside the Knights of Columbus Hall in Needville.

Fort Bend County Sheriff Eric Fagan said the incident happened around 11:45 p.m. Saturday when multiple quinceañeras and graduation parties were being held at the same location.

Sheriff Fagan said the deputy was working security for one of the parties when another attendee summoned him for help.

Multiple family members have identified the man who died as 24-year-old Jose Angel. Several relatives spoke out the day after the shooting, saying it was unnecessary.

Family members also shared a cell phone video showing the aftermath of the shooting. In the video, you can hear someone ask deputies to call an ambulance. At that point, Angel was already on the ground. Later on in the video, you can see multiple law enforcement responding to the scene. At one point, deputies told those gathered to "back up," and that this was not a "time to be filming."

Although the video shared with ABC13 only shows what happened after the shooting, Needville Police apparently captured the full scope of the incident on its police car dashcam. The Needville Police Chief told ABC13 that the dashcam video has already been turned over to investigators.

The deputy, who has not been identified, is said to be a veteran sergeant of the Fort Bend County Sheriff's Office, and multiple witnesses are cooperating, authorities say.

For now, the deputy is on administrative leave with pay.

Along with the sheriff's office, the Texas Rangers and the Fort Bend County District Attorney's Office are investigating.