Corporal Charles Galloway was shot to death in January during a traffic stop on Beechnut in southwest Houston.
KTRK
By Charly Edsitty 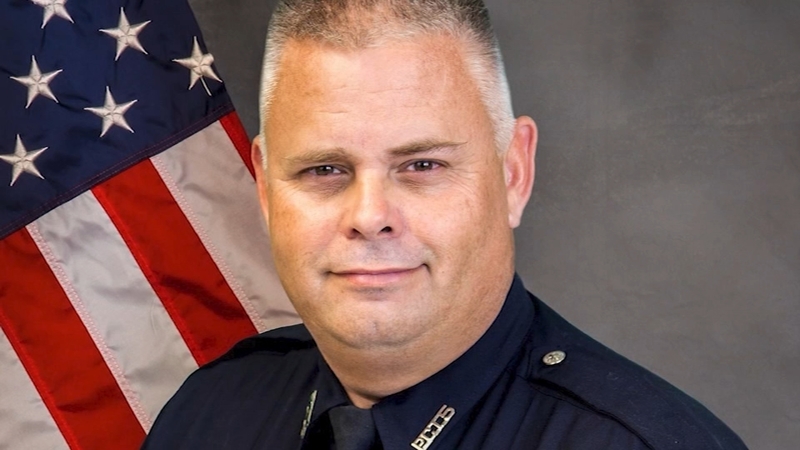 Bond increased to $250K for woman linked to corporal's killing

On the same day that Galloway was laid to rest, a woman linked to his killing faced a judge.

Galloway was honored in a ceremony open to the public at the Second Baptist Church West Campus off the Katy Freeway near Greenhouse. A 21-gun salute, riderless horse and helicopter flyover were planned for the outdoor portion of the services.

Galloway was shot and killed during a traffic stop in the 9100 block of Beechnut in southwest Houston on Jan. 23.

He pulled over a newer-model white Toyota Avalon, and the driver, identified as 51-year-old Oscar Rosales, got out and immediately fired repeatedly at Galloway's patrol car, investigators said.

Rosales was arrested last week at a hotel in Ciudad de Acuña, Mexico. In a press conference, officials revealed that he is a 25-year fugitive out of Harris County. He was charged with aggravated assault with a deadly weapon in 1995, but absconded from parole and had been wanted ever since.

Rosales is also reportedly wanted for murder in El Salvador, and officials will be contacting other Central American countries to notify them about his arrest.

Four people have been charged with helping Rosales, including relatives. According to court records, Reina Pereira-Marquez and Henri Mauricio Pereira-Marquez, who are identified as Rosales' common-law wife and brother-in-law, respectively, are accused of trying to cover up the suspect's involvement in the case.

Reina appeared in front of a judge for the first time on Tuesday.

After hearing the charges against Reina, Judge Maritza Antu made note of several different factors for increasing her bond in the case, which went from $100,000 to $250,000.

Since Rosales was found in Mexico and because Reina is his common-law wife, Antu said she would be a flight risk.

Reina is accused of wiping down the door handles and interior of the Avalon Rosales was driving. She is charged with tampering, a 3rd-degree felony that could send her to jail for up to 10 years. Her brother faces similar charges.

ORIGINAL REPORT: Deputy constable shot and killed in southwest Houston during a traffic stop, in search of suspect

Galloway leaves behind a daughter and a sister. He joined Precinct 5 in 2009 and served for over 12 years, Constable Ted Heap said.
He most recently served in the toll road division as a field training officer. Officials say he will be remembered by the numerous deputies he trained and mentored.

Rosales is being held in jail without bond.