No bond granted for suspect in Pct. 5 corporal's killing

HOUSTON, Texas (KTRK) -- The man accused of shooting and killing a Harris County Precinct 5 Constable's Corporal in an ambush over the weekend will remain in jail after a judge ruled to not set a bond.

Oscar Rosales, 51, went before a judge Wednesday night after his arrival to Houston.

Rosales was taken into custody Wednesday morning at a hotel in Ciudad de Acuña, Mexico, according to U.S. Marshal Deputy Cameron Welch.

Oscar Rosales, the man accused in the shooting death of a Harris County Precinct 5 Constable's Corporal is back in Houston after he was arrested in Mexico.

Ciudad de Acuña is just along the U.S.-Mexico border, across from Del Rio, Texas.

U.S. Marshals said they are ironing out immigration issues and working to get Rosales back in Harris County as soon as possible. 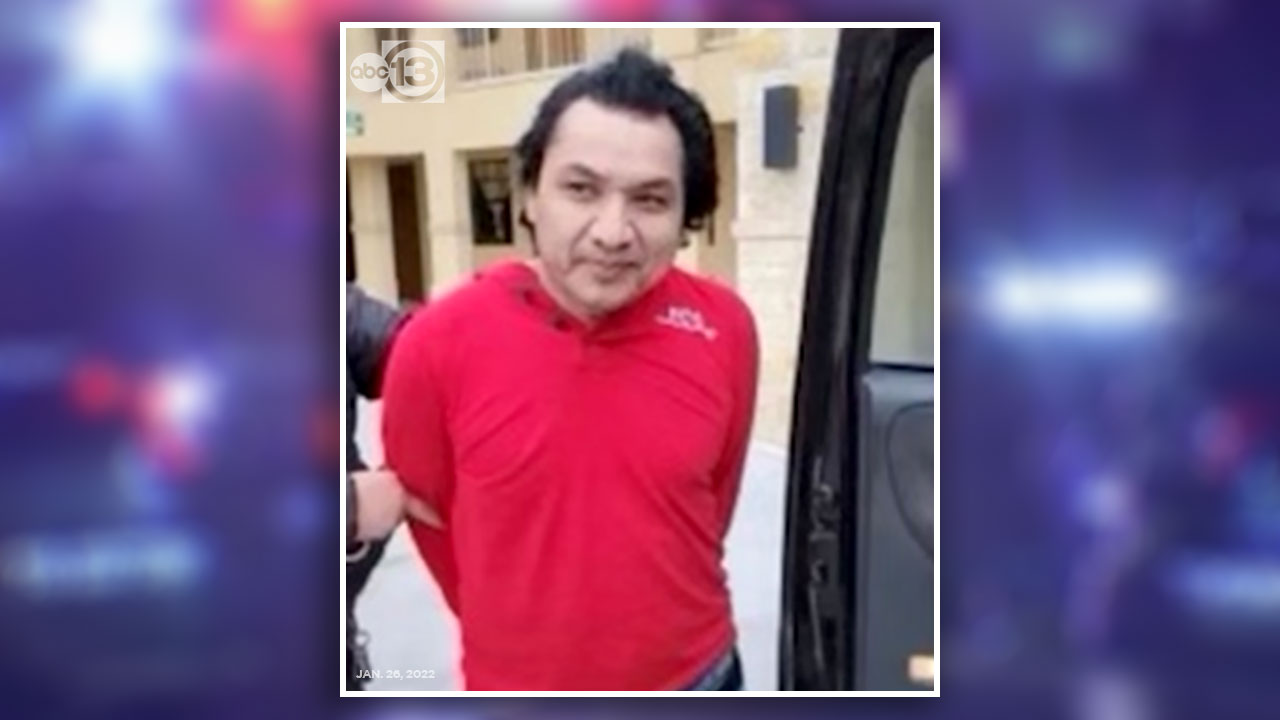 Eyewitness News obtained a photo of Oscar Rosales at the time of his arrest in Ciudad de Acuña, Mexico. He is accused of killing Harris County Precinct 5 Corporal Charles Galloway.

Initially, authorities had reason to believe he was still in the Houston area.

Suspect identified in murder of Precinct 5 Corporal Charles Galloway. $60k reward offered for information leading to the arrest of 51-year-old Oscar Rosales (pictured), who is armed and dangerous. Call Crime Stoppers of Houston at 713-222-TIPS if you know of his whereabouts. pic.twitter.com/ZfkfG7c5gs

Ogg also announced two of Rosales' relatives were charged with tampering with evidence in the case. According to court records, Reina Marquez and Henri Mauricio Pereira-Marquez, who are identified as Rosales' wife and brother-in-law, respectively, are accused of trying to cover up the suspect's involvement in the case.

A key clue against Rosales, the suspect's vehicle, was confiscated as part of the felony tampering counts, Finner said. The pair appeared in Harris County Probable Cause Court on Monday.

Galloway joined Precinct 5 in 2009 and served for over 12 years, Heap said. He leaves behind a daughter and a sister.
He most recently served in the toll road division as a field training officer. Officials say he will be remembered by the numerous deputies he trained and mentored.

He pulled over a newer-model white Toyota Avalon, and the driver got out and immediately fired repeatedly at Galloway's patrol car, investigators said.

Charging documents read in court for Rosales' relatives state that the Avalon was later found at an apartment complex, where Rosales' wife and brother-in-law were seen wiping down the doors and interior. ABC13 talked to neighbors who say they witnessed the clean-up. Surveillance video obtained by ABC13 shows a man walking away from the vehicle. Hours later and after the siblings' arrests, police towed it away.

Reina reportedly gave a statement to investigating officers that the cleaning products used were inside the apartment.

Both Reina and Henri were subjected to house arrest and given a $100,000 bond each. As of Wednesday afternoon, Reina posted bond, but remains in custody on an immigration hold. Henri, meanwhile, is still locked up.

In the wake of the tragedy, city officials are demanding an end to the violence.

"It just speaks to society, in general. Not only in our region, but around the nation. My advice, my call to everyone, we better get intentional, damn intentional, about locking up violent individuals," Finner said in an earlier briefing. "And leaving them. It's a place for them."

Galloway is one of three Precinct 5 deputies killed in the line of duty. Officials said all three of them were assigned to the toll road shift.