Deputy constable shot and killed in southwest Houston during a traffic stop, in search of suspect 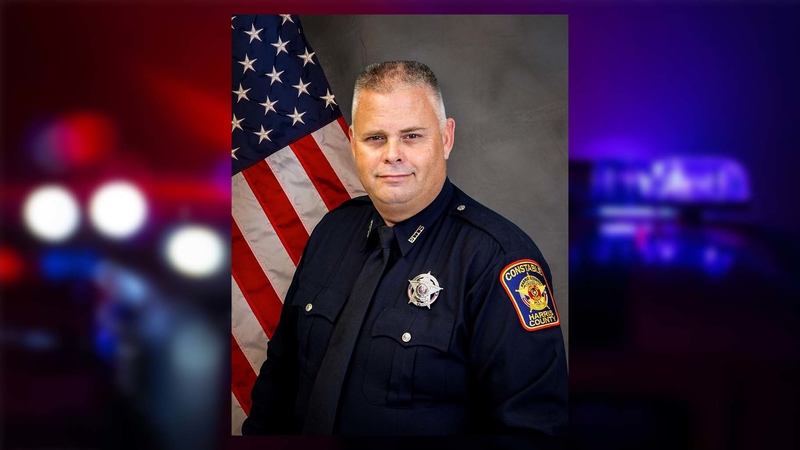 Corporal Charles Galloway pulled over a car for a traffic stop, the driver exited his vehicle and fired repeatedly at Galloway's patrol car, police said.

"Corporal Galloway did not have an opportunity to defend himself in this brutal attack," Constable Ted Heap said.

Authorities describe the suspect as a young, Hispanic male who was last seen driving a newer-model, white Toyota Avalon.

Galloway joined Precinct 5 in 2009, serving Harris County for more than 12 years. Galloway most recently served in the toll road division as a field training officer.

The 47-year-old trained fellow deputies in precinct 5 and even switched to the night shift so he could be a field trainee officer and mentor to a new generation of law enforcement officers.

"Corporal Galloway was very much loved by the men and women he served with," said Heap. "There's a lot of broken up officers who he meant a lot to in their lives."

Galloway is one of three precinct 5 deputies lost in the line of duty, all of them were assigned to the toll road shift, authorities said. Galloway leaves behind a daughter and sister.

Leaders are calling for an end to the rise in violent crime.

"We cannot have people like this on our streets. I do not want to raise my family, (nor) my grandchildren, in a county where this type of crime is running rampant," said Heap.

"What I see is committed people dedicated to service, dedicated to sacrifice for the sake of this community's public safety. Who now have to wonder, even more, what happens every time they go out there on the streets and leave their families behind," said Hidalgo.

HPD is handling the investigation into Galloway's shooting. Funeral services are pending.