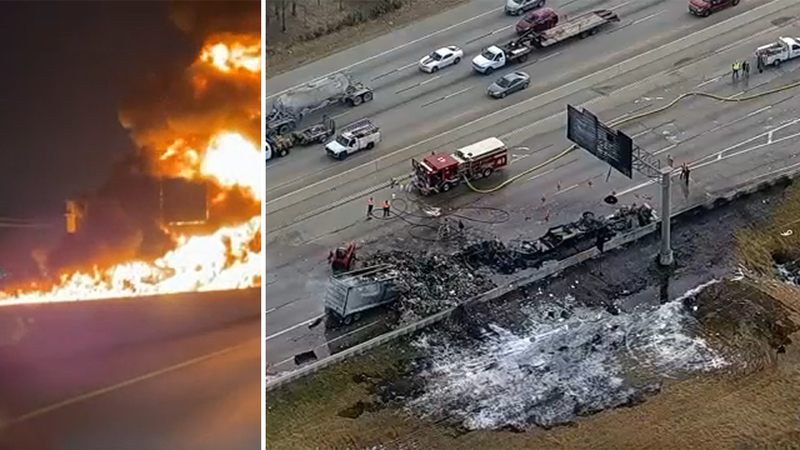 All eastbound lanes of the I-610 North Loop are closed. The westbound lanes have since reopened, but the fire was so large, police initially blocked the freeway in both directions.

Freeway Closure: Northeast officers have the eastbound lanes of the 610 North Loop at Wayside shutdown due to an 18 wheeler crash causing a large fire. Expect delays and find alternate routes. #houtraffic CC9

Drivers will want to avoid the area. You can take the Eastex Freeway southbound to I-10 eastbound to get back on the Loop.

Police eventually had drivers stuck behind the crash turn around on the North Loop and exit the freeway driving in the wrong direction.

Flames could be seen shooting into the air in what appeared to be an explosion after 5 a.m. Wednesday.

Transtar cameras captured what appeared to be an explosion. Officers said one of the vehicles involved in the crash was a fuel truck.

The large fire and thick black smoke could be seen from Transtar cameras.

Houston police told ABC13 that three semi-trucks were involved in an accident on the freeway. One of the vehicles involved was a fuel truck that erupted into flames, police said.

Houston firefighters said one of the other trucks involved was hauling compacted trash. All three trucks were destroyed.

@HoustonFire is on scene near 610 and Gellhorn after receiving reports of an 18-wheeler on fire. Hazmat units are on scene, no info. on the product. No FF or civilian injuries. Arson is en route. Freeway closure reported, please avoid the area & expect delays. @FireChiefofHFD

According to HFD District Chief Mike Foster, water supply issues on I-610 made the firefighting effort difficult.

The high heat of the crash caused damage to the concrete on the freeway, Foster said. Video at the scene showed the exit sign above the roadway completely charred and no longer legible. 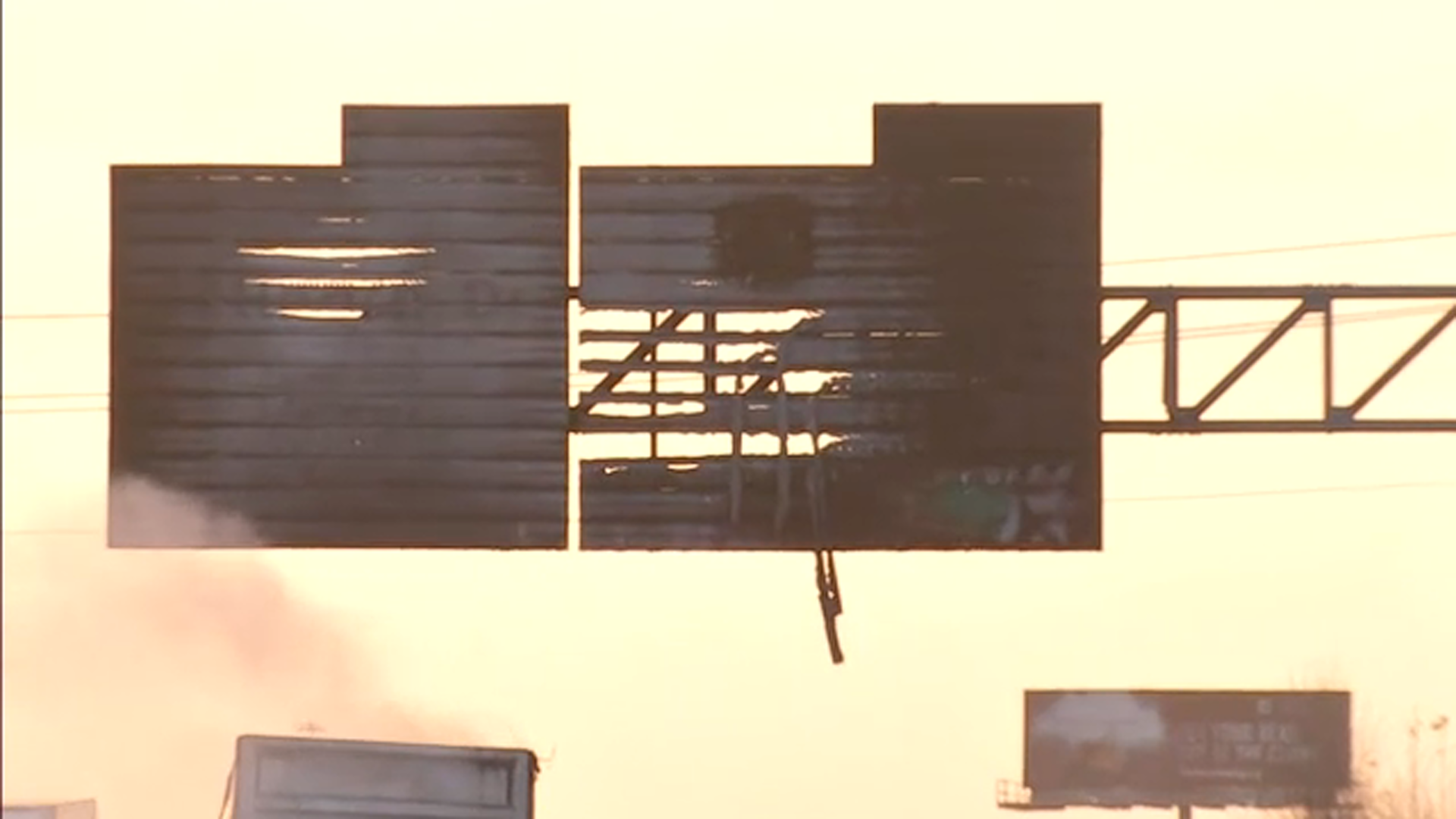 It's unclear what exactly led up to the crash, though one of the truck drivers told ABC13's Jeff Ehling that the fuel truck had brake issues. He said the brakes locked and the driver of the second truck had to swerve to miss hitting the fuel truck, causing a crash with the third truck involved.

According to HFD, there were no reported injuries.

Update: Incident on I-610 South Loop eastbound at Wayside is still active. Crews will continue clean up. Overhead sign structure will have to be removed before the mainlanes can be reopened. This will be a multi-hour operation. Seek alternate route. pic.twitter.com/kMiDwBj3Fg 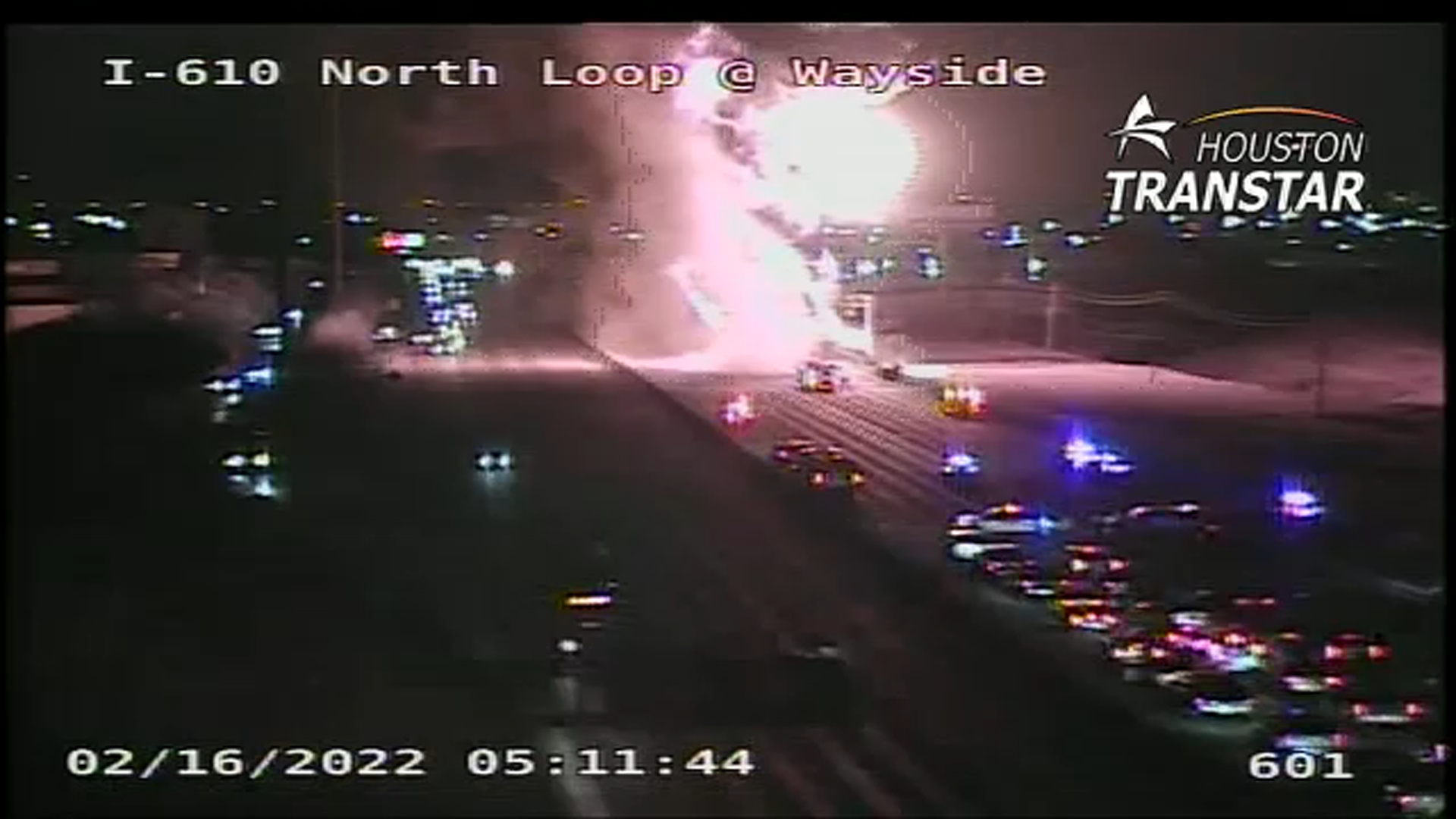