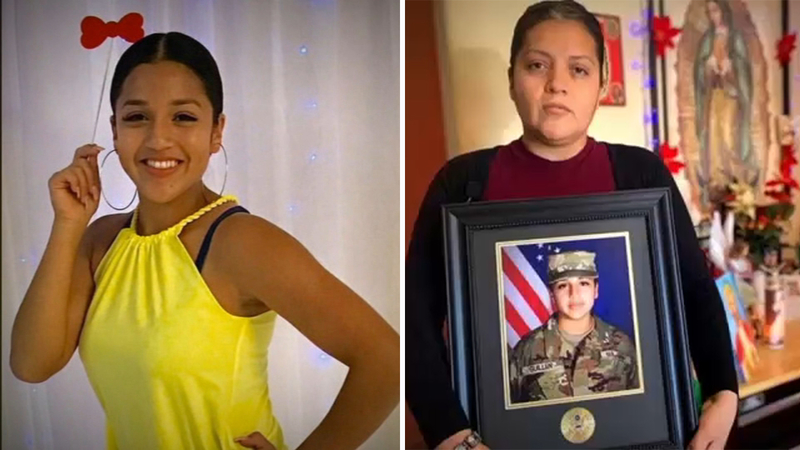 The Army Criminal Investigation Division confirmed Tuesday human remains were found in an area near the Leon River, where a search for Guillen was conducted on June 22.

The Army CID issued the following statement:
Due to extensive investigative work conducted by Special Agents from the U.S. Army Criminal Investigation Command, agents have returned to an area of interest close to the Leon River, Bell County, Texas for more investigative work in the search for PFC Vanessa Guillen. After receiving additional information, agents have discovered what has been described as partial human remains after analysis from a forensic anthropologist. Army CID agents are currently on scene with the Texas Rangers, the FBI and Bell County Sheriff's Department. No confirmation as to the identity of the remains has been made at this point and we ask for the media and public's understanding that the identification process can take time. Due to the ongoing criminal investigation, no further information will be released at this time.

Guillen, who is from Houston, has been missing since April 22.

While officials have not confirmed the remains are those of Guillen, Texas EquuSearch founder Tim Miller told ABC13, "The search for Vanessa is now over."

Miller had been involved with the search during recent weeks. He said the remains were found very close to where they discovered evidence last week in the Leon River. He described the discovery as a "shallow grave."

"It's believed to be her ... pending positive identification which that will have to be determined by the medical examiner's office, but I'm confident to say the search for Vanessa is now over," said Miller.

The U.S. Criminal Investigation Command has not said if there is a person of interest. Last week, they said foul play was suspected in Guillen's disappearance.

Over the weekend, remains were found near Killeen. So far, there aren't many answers surrounding the discovery. The remains were reportedly found within walking distance from where investigators recently found the body of private Gregory Wedel-Morales on June 19. He disappeared last year.

Her car keys, barracks room key, ID and wallet were found in the armory room where she was working earlier in the day, but her cell phone has not been recovered.

Attorney Natalie Khawam said she's discovered at least two alleged incidents of sexual harassment -- a superior walking in on Vanessa showering and another verbally assaulting Vanessa with vulgar remarks in Spanish. Khawam said she's worried about how this case might turn out. She said Vanessa told loved ones she didn't want to report the sexual harassment out of fear of retaliation.

"The facts aren't good. I don't like them," said Khawam. "There were a few incidents where she had told her colleagues, her friends, her family about being sexually harassed but she was afraid to report it. How does someone disappear on a base that has more protection and safeguards than anyone else on the planet?"

The Army's Criminal Investigation Command launched an investigation into allegations that Guillen was sexually harassed.

"I opened an investigation concerning the information provided by the Guillen Family that Pfc. Vanessa Guillen was harassed prior to her disappearance," said Commander of the 3rd Cavalry Regiment Col. Ralph Overland. "I take allegations of sexual harassment very seriously and we are conducting a thorough investigation."