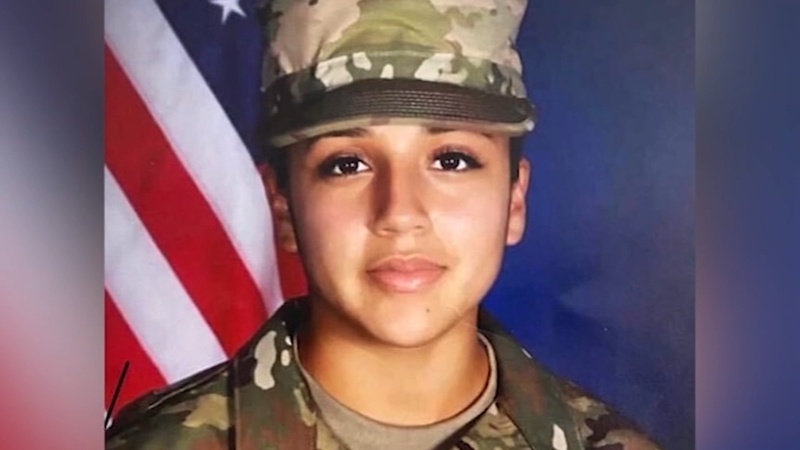 HOUSTON, Texas (KTRK) -- The reward for information on the whereabouts of missing Fort Hood soldier Vanessa Guillen has just been raised to $50,000.

"My office has been working directly with Vanessa's family as we do everything in our power to help find Vanessa," Garcia said. "My office has requested a congressional inquiry with the Department of Defense in regards to Vanessa's case."

During Tuesday's news conference, Garcia said Vanessa's mom told authorities that her daughter expressed to her that she did not feel safe at the base in Fort Hood and was possibly a victim of sexual assault.

The family of Vanessa Guillen, the Ft. Hood soldier from Houston who has gone missing, is getting more help. Watch the video with more on a new reward for the missing woman's whereabouts.

Texas EquuSearch founder Tim Miller told ABC13 that he's traveling to Fort Hood on Wednesday to meet with the investigators who are looking into Guillen's disappearance.

Miller said Guillen's family deserves answers. He also added that he has crews in Fort Hood helping with search efforts.

Texas EquuSearch founder Tim Miller told us that he's traveling to Fort Hood on Wednesday to meet with the investigators who are looking into Guillen's disappearance. #BREAKING #abc13 #hounews #VanessaGuillen https://t.co/b9O98xhRCY

Her car keys, barracks room key, ID and wallet were found in the armory room where she was working earlier in the day.

She is described as being of Hispanic descent, 5'2", and 126 pounds with black hair and brown eyes.

More celebrities are trying to spread the word of her disappearance.

Houston rapper Baby Bash vowed to add $5,000 to the reward for information on Guillen in a Facebook announcement on Saturday.

He shared a photo of Guillen's mother and said, "FIND VANESSA!!!!! Anything anybody knows."

Meanwhile, actress Salma Hayek posted to her Instagram, with 15 million followers, the following pictures within 24 hours of each other in an effort to bring attention to Guillen's disappearance.

Hayek has really increased the visibility on this case because of her large following on Instagram.


Fort Hood officials and special agents from the U.S. Army Criminal Investigation Command are asking for the public's help.