Houston has more than 6,000 unsolved cases.
KTRK
By Courtney Fischer 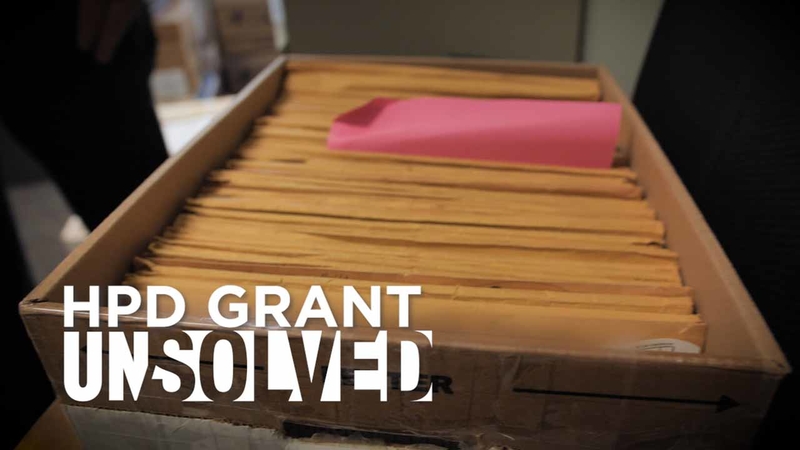 Each folder is marked with a name, a date and a case number.

They are unsolved murders, rapes, and missing person cases, some dating back more than half a century. Some files have overflowing paperwork, photos, and witness statements. Other cases have almost no evidence at all.

Countryman and Rodriguez head up the HPD cold case department, working with four other detectives. Houston has more than 6,000 unsolved cases.

"That's a very heavy load for a very small unit," Countryman says. "But we do the best we can."

Another $1.3 million in federal money will help.

HPD's cold case division was just awarded two grants - the first to be awarded to this squad since 2010.

But the money can only be used for specific cases. The victims must be Black men killed before 1979.

The first grant is money awarded from the "Emmett Till Cold Case Investigation," linked to the Emmett Till Antilynching Act, making lynching a federal hate crime.

On Monday, Congress passed the Emmett Till Bill and it now goes to President Joe Biden to sign into law. In 1955, the murder of Emmett Till, 14, helped launch the civil rights movement.

HPD's money from the Emmett Till grant must be used to investigate Black men who were murdered because they were believed to be gay or transgender.

Right now, detectives are sifting through hundreds of files to find the cases that fit this criteria. So far, they've found three. They hope to have 15 to 35.

"We have to remember that that was a different time," Countryman says. "So, it wasn't something that was necessarily focused on or even really discussed in public."

Countryman says when she saw the grant available, she knew Houston deserved it.

"We have this population in the Montrose area that's always been underrepresented," Countryman says. "Especially now, when you're seeing more and more transgender individuals that are being targeted and murdered for that simple reason. I thought, 'Maybe this is something that we can look at and show the community that the department as a whole does care and that this is what we're doing to address it and make some wrongs right now.'"

Money from the second grant will be used to investigate cold cases with viable DNA.

Again, the victim must be a Black man, murdered in the seventies, but in these cases, DNA from the unknown killer has to have been found on the body or on evidence. HPD has 104 cases that check those boxes.

Investigators say they can use the money to pay genetic genealogists to track down relatives of a suspect: something that's gotten a lot of attention in cold case investigations as of late.

Over the coming months, HPD and ABC13 will work together, profiling some of these cases being reopened with grant money.

Houston police reached out to ABC13's Courtney Fischer because of her Unsolved series, featuring stories of missing and murdered forgotten victims.

If you are a relative of a Black man murdered in the seventies, who you believe was targeted because he was gay or transgender, call Houston police. Detectives are looking to talk with any families with a loved one who is the victim of an unsolved murder fitting this criteria.

Luis Calderon was arrested after the kidnapping and attempted murder 30 years ago, but he bonded out and fled the country. Now, he's back in a Texas jail.

A teenager's trip to the movies with her sister in 1975 turned out to be the last time she was seen alive.

Kristen Wilson, 29, had been strangled and possibly sexually assaulted, according to police. She was found dead by her family on November 27, 1996.

It took decades before investigators even knew her name, to give her family answers. But there's still more work to be done.