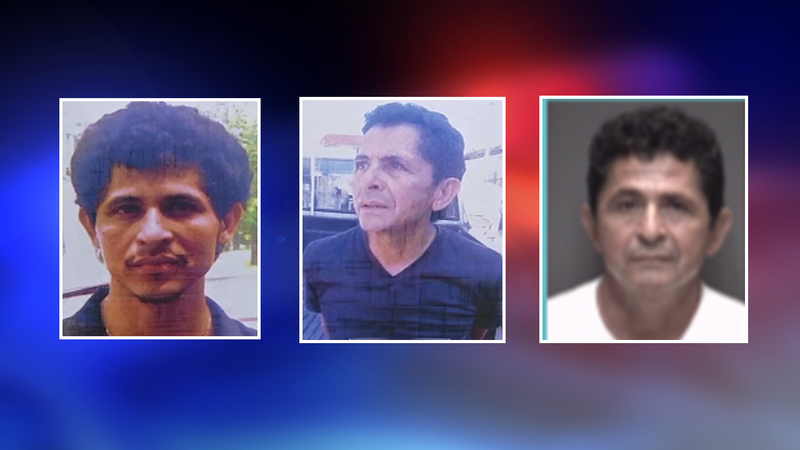 GALVESTON, Texas (KTRK) -- A suspect is in the Galveston County Jail more than 30 years after a woman survived a kidnapping and an attempted murder.

Luis Calderon had been wanted since 1991 when he was caught nearly two years ago in Central America.

Calderon was extradited from El Salvador on Tuesday, and now sits in a Texas jail.

He's charged with kidnapping and trying to kill Diane Sanchez in 1991.

Investigators say Sanchez was his girlfriend at the time.

Calderon reportedly attacked her and dumped her along I-45, leaving her to die.

A man who rescued Diane Sanchez says "it's the closest thing to a miracle" that she survived after the incident.

Sanchez was found in "horrific condition" by a good Samaritan. She was transported to the hospital, where she was able to recover from her injuries.

Shortly after the attempted murder, Calderon was arrested, but he bonded out of jail and skipped town.

For 29 years, he evaded authorities. He was finally arrested in 2020 in El Salvador, where he had started a new life, had gotten married and had children.

Since then, police have been working to bring him back to Galveston.

"It was a tedious process in locating him. We felt, for many years, he was still in the States, but as time progressed, our investigation led us, thanks to records that we got from ICE, to El Salvador," said Lt. Tommy Hansen with the Galveston County Sheriff's Office.

Sanchez was not there at a news conference Wednesday, but officials who spoke to her say she told them she "finally sleeps at night."

Calderon appeared in court Wednesday morning, where he had his bond set at $1 million for each of his two charges which are aggravated kidnapping and attempted murder.