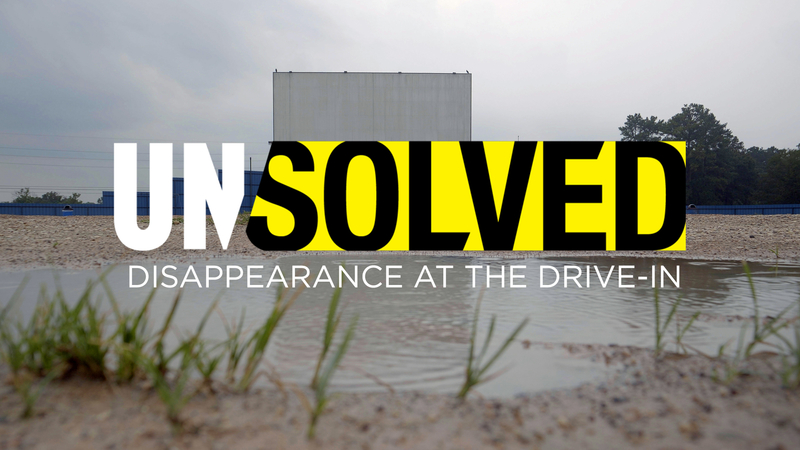 13 Unsolved: Disappearance at the Drive-In

HOUSTON, Texas (KTRK) -- On June 25, 1975, Patricia Kaye Humphreys, 15, and her sister Debra, 16, went to the Thunderbird Drive-In located in northwest Harris County for a double feature. Two Dustin Hoffman movies were playing: "Lenny" followed by "Midnight Cowboy." It was the first time their mother let her girls take the family car out by themselves.

Mom, also named Patricia, gave her daughters a strict warning: go straight to the movies, don't pick up anyone else and come right home afterward.

But as teenagers are known to do, the sisters ignored their mother and picked up Deb's boyfriend, Eddie Garcia, followed by another classmate, Mike Hunter. Rhonda Pizzitola remembers it clearly because a few minutes later, the group showed up to her house in the Humphreys' white Mercury Montego, asking Rhonda if she'd like to come along.

"And my mom wouldn't let me go. She wasn't fond of Mike. She thought [the boys] were trouble," Rhonda said.

That would be the last time Rhonda saw Patricia -- who friends called Kaye -- alive.

Five months later, Kaye's body was found behind a Baptist church, 18 miles east of the Thunderbird. Police believe she had been strangled and possibly raped.

That night at the drive-in, Kaye had left the group during intermission to get a pack of cigarettes. That's what Debra later told police. The snack bar didn't have her brand, so Kaye allegedly told them she was going to walk to a convenience store to get the smokes she wanted. When she never returned to the theater, Deb drove home, hoping Kaye would be there. She wasn't.

It's been 46 years since Kaye was murdered.

In our latest "13 Unsolved" in-depth investigation, we're retracing Kaye's steps at the drive-in that night, tracking down who she saw, who she spoke with, what routes she may have taken. We've spent years talking to Kaye's father, Johnny Humphreys, who is Kaye's only immediate family member still alive -- still desperately searching for answers about what happened to his daughter.

"In her last hours, she must have wondered: where was somebody to protect her," Johnny said, as we revisited the place where his daughter disappeared nearly five decades ago. A place he hasn't been since then.

For the first time since Kaye was killed, Houston police are going on record to discuss the investigation, talking about what they're doing to reopen one of the oldest unsolved murders in Houston.

"This was a very, very innocent juvenile during an exciting time in the summer that literally -- in 1975 -- changed the whole course of Houston, Texas," said Detective Darcus Shorten, with the Houston Police Department.