13 Unsolved: Princess Blue was finally identified, but justice is still being sought 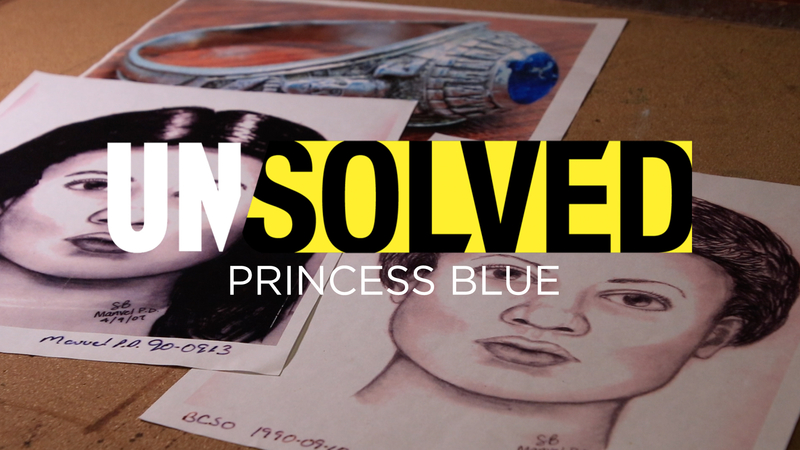 HOUSTON, Texas (KTRK) -- On September 10, 1990, a man stopped on the side of a deserted gravel road in Manvel, Texas and walked into a pile of human bones. For more than 30 years, dozens of detectives would investigate the case, but who that woman was remained a mystery.

Meanwhile, her family would go on living their lives two hours east in Orange, Texas, never knowing what happened to the woman they loved -- who seemingly disappeared in 1985.

For more than three decades, the mystery woman was known as "Princess Blue." She was given that name in 2007, when a detective on the case noticed the blue stone ring collected from the crime scene was actually a 1975 class ring from Robert E. Lee High School in Houston. Investigators had believed the ring would lead them to uncovering who she was. While the ring garnered new media coverage, the case stayed cold.

In 2018, Eyewitness News put "Princess Blue" back in the headlines yet again, profiling her story for "13 Unsolved." That story would start a series of investigations over four years, partnering with Manvel police, ultimately resulting in identifying "Princess Blue" as Julie Gwenn Davis, last seen by family in Orange 35 years earlier.

"It's hard today to say that my sister's gone, you know?" Danny Davis said, talking to us from the front lawn of his home in Orange. "I know it to be a fact now. But it still hurts. I still miss her. I still talk to her. I know she can't hear me but it makes me feel better. [I say] what happened? Why did you leave and not come home? Did you die under circumstances that you had no control over? Was your life taken from you?"

Detectives have these same questions. It's still not clear how Julie died, or where she was in the weeks and days before her death. In this episode of "13 Unsolved," we go to the places where Julie was last seen. We talk to the people who knew her best -- in life and in death. We'll show you how detectives finally figured out Julie was "Princess Blue," through investigating a different missing persons case.

There are more than 40,000 families who don't know where their loved ones are. More than 40,000 unidentified bodies have been sitting in evidence rooms or medical examiners' offices across the country. Bodies or bones that have been found, but no one has claimed them.