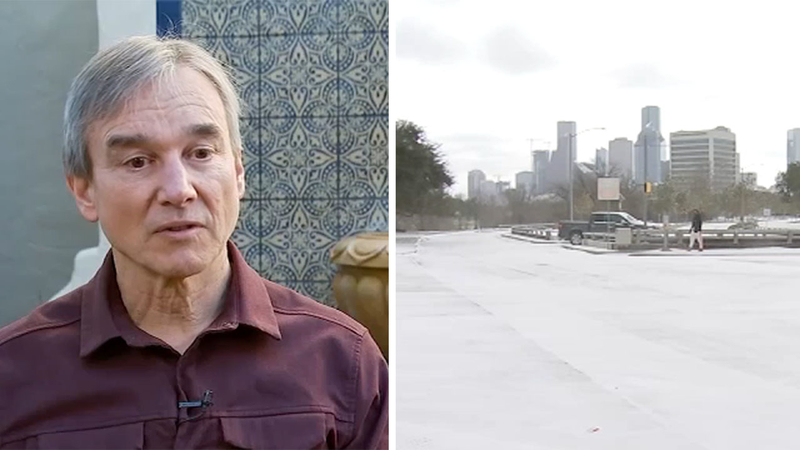 HOUSTON, Texas (KTRK) -- Will the lights stay on? Millions of Texans are asking that question as the cold weather rolls in, and memories of last winter's freeze remain raw.

Ballard has lived in her home for 60 years. In 2021, during the Valentine's weekend freeze, she lost power for days and her pipes burst. Ballard, like many Houstonians, just counts herself lucky because nobody in her family died.

But when asked if she thinks the state of Texas and the Electricity Reliability Council of Texas (ERCOT) have fixed the problems, she gives a simple answer, "They (haven't fixed it yet."

Thousands of miles away, in his home office that overlooks the Pacific Ocean, Dr. Peter Cramton agrees.

"It was terrible," he said.

A long-time economics professor, Cramton designs and consults on complex electricity projects around the world. Six years ago, he was appointed to the board of ERCOT, serving as one of its five independent members. That meant Cramton and the four other independent members did not work for an electricity provider, contractor, or someone else with a financial interest in the Texas grid.

Then the freeze happened. As Texans were plunged into days of darkness, politicians zeroed in on ERCOT, and specifically, the independent board members. The five soon resigned.

"We all knew we were one outage away from losing our positions," said Cramton, as he sat down for his first on-camera interview since the freeze. "Electricity gets into trouble when politics intervenes."

Cramton is speaking out to offer his expert take on what state leaders did and did not do leading up to last year's freeze, and how we can actually reduce blackouts in the future.

Leading up to the freeze the morning of Feb. 15, 2021, Cramton said electricity experts at ERCOT knew there would be blackouts. In fact, he said the agency told the Public Utility Commission, the governor's office, and others in state leaders on Friday, Feb. 12, that there would be problems.

"One of the sadder things is that the communication to Texans was not nearly as good as it could have been," said Cramton, who feels that the dire nature of the Texas electricity grid was soft-pedaled by elected officials in the weekend leading up to the freeze. "That troubled me because, ultimately, that cost many lives and many billions of dollars in extra damages."

By Monday, Feb 15th, many parts of the state were plunged into icy darkness. In the aftermath, hundreds died. Before the lights even turned back on, the blame game began. In the days that followed, Texas Gov. Greg Abbott promised ERCOT heads would roll.

"They should be required to tell you, the viewers, exactly what is going on and what is not going on," Abbott during a live interview with ABC13 on Feb. 17. "They are not stepping up and providing that transparency."

Cramton and the other board members who lived outside of Texas were immediately singled out. They all resigned. In the months that followed, the Texas Legislature passed a law changing the structure of ERCOT. Instead of having independent experts appointed based on their qualifications, the independent board members would now all have to live in Texas, and be direct political appointees by the Governor.

Cramton said he didn't mind being tossed out in the aftermath, calling it just "politics of the moment." However, he worries that the people who replaced the independent experts do not have enough experience to fully understand the complex electric system.

So how do we improve the Texas grid moving forward? In a recently-published report, Cramton outlines how to really improve the grid.

Blackouts happen when electricity demand outstrips supply. To solve the problem, Cramton said supplies need to improve and demand needs to go down.

On the supply side, Cramton said Texas needs to actually require power generators to weatherize their equipment, something the new laws do not do adequately. Texas also needs to look to solar, wind, and other forms of green energy, which performed above expectations during the freeze.

"Texas is very much focused on fossil fuels," said Cramton. "Winterization and other regulations would actually, impose costs on (gas producers) and then reduce their profits in times of scarcity as was experienced last year... So the gas companies are still going to make a lot of money if anything happens."

On the demand side, Cramton said Texas leaders should foster an environment where conservation and better construction practices are encouraged. For example, for older homes, simple acts like caulking around windows and adding insulation could greatly reduce energy consumption. Cramton would like to see tougher energy requirements for new construction. Routine building practices like installing double-paned windows, using high-quality insulation, applied state-wide, would conserve energy in the winter and summer.

In his own home, Cramton is trying his best to live what he preaches. The professor installed batteries on the side of his home, which are attached to solar panels on his roof. He and his wife got rid of their two cars, and now share one electric vehicle. They make sure to charge their electricity at night when prices are at their lowest.

Cramton realizes his conservation efforts are not practical for most people, and that moving away from traditional fossil fuels is a tough sell in Texas. However, with no major fixes to the grid, he suggests Texans, should start somewhere, even if the changes are small.