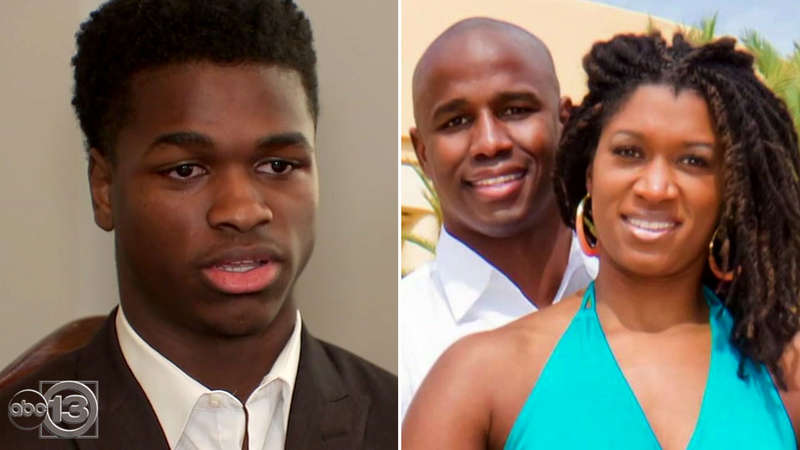 AJ Armstrong tells ABC13 his routine while facing trial, including seeing his mom and dad

HOUSTON, Texas (KTRK) -- A.J. Armstrong will be back in court on Monday after a three-day break in his capital murder trial.

Next week, we expect to hear from the people who know A.J. best: his grandparents, his girlfriend, and his friends. These are the people who have had A.J.'s back and believe he's innocent ever since his parents were shot to death in July 2016.

A.J. has only trusted ABC13 to tell his story. We sat down with the teen for an exclusive interview in September. Now, we're sharing never before seen moments in that interview.

"It's tough, because, I mean, all my friends I grew up with, they graduated and have gone on to college, and for me, just to be stuck here, it's just tough. Because I never imagined my life would be like this at this point in time. But, like I said, I'm just handling the best way I can," said A.J.

We are nine days into trial. Thirty-one witnesses have be questioned by the defense and prosecutors. On Thursday, A.J. broke down when autopsy photos of his parents were shown to jurors. He did not look at them, but instead, he held his head in his hands, shaking and crying. Last September, A.J. told us he and his grandmother go home and pray after the hard, heavy days.

"Whenever we're coming back from court or something like that, that's definitely the first thing that I do. We get into the word, we pray, we put on our gospel. That's what I've come accustomed to do. That's what I've realized has helped me most through all of this," said A.J.

The first day of trial happened two-and-a-half weeks ago. It's easy to get bogged down in the testimony, excruciatingly in depth and detailed at times. Experts spent hours discussing fingerprint testing, DNA analysis and autopsies.

Then, something in court reminds you: this isn't just about the science. It's about two well-loved, deeply-respected parents who were shot to death, for reasons we may never understand.

There are moments in trial we peek into what life was like before the murders: happy family photos on the wall, difficult text messages between parents and son, private parts of life you never expect to be put on display for strangers. A.J. often has no reaction in the courtroom. But he has said he talks to his mom and dad every day.

"I have a picture of them on my bedside table. Every morning when I get up, I think about my parents throughout the day," A.J. told us. "My dad was my best friend, my mom was the best mom you could have."

Back in September, A.J. told us he planned on graduating high school in June. He lives with his younger sister, Kayra, and his grandmother.