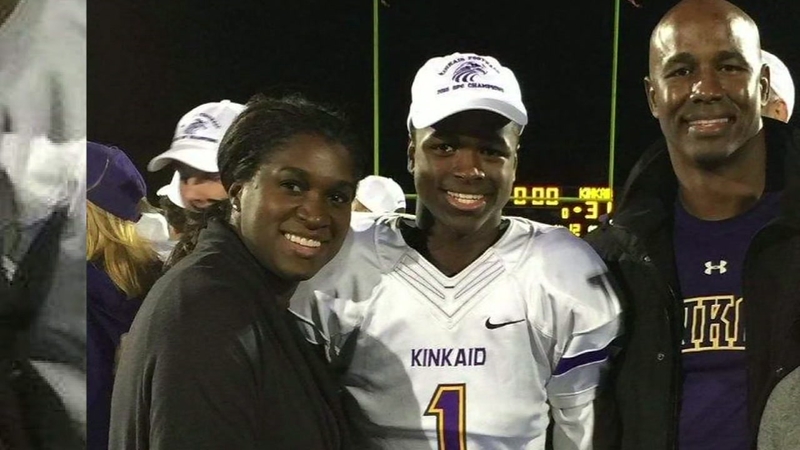 HOUSTON, Texas (KTRK) -- Day eight of the A.J. Armstrong trial continued Wednesday with the jury getting a closer look at the text messages between A.J. and his parents.

The text messages showed an exchange between A.J., his mother, Dawn and his father, Antonio. The parents often talked about A.J's bad grades, even calling him a "disappointment."

Prosecutors showed text messages that started up to 10 months before the murders of his parents in 2016.

In many of the text messages, Dawn was angry about A.J.'s grades while his dad tried boosting his confidence.

As the 2016 school year progressed, A.J.'s grades dropped, and he was even caught ditching tutorials.

Text message from Antonio: "A.J., really bro. I just don't get it. Zeros. Missing assignments, emails from teachers. I am tired. Really tired. Nothing left to say."

Text message from Dawn: "A.J. is starting to lie. I am so disappointed. He doesn't care about anything. He is a bold face liar, like, have never seen before."

At the end of 2016, A.J. was kicked out of Kinkaid High School for bad grades.

The frustrated text messages from Dawn and Antonio continue. The couple said they were unhappy with A.J. breaking curfew, spending too much money and possibly smoking weed in the house.

Eight weeks before A.J.'s parents were murdered, he sent them a text message saying, "I'm not even going to try and say sorry for everything because right now I know it doesn't mean anything to you guys. I know I need a major life change right now."

Dawn responds: "We gave you all and the best we had. We wanted the best for you. We provided the best education, bought you a great car to celebrate you. We tried to be open with you and what was important to you, and all you do is lie to us, scheme behind our backs, chose to piss on all we tried to do. Beyond disappointed. I will never understand why you are a liar and do not work hard in school. You don't want to be right or do good. I am so heartbroken. But it is what it is."

The defense tried to point out the fact that there were more than 80,000 pages of phone records in this case, but the prosecutors picked and chose what they wanted to show jurors.

A.J's attorney's pointed out the loving texts and the concerned messages from A.J. to his parents.

A.J. Armstrong's 911 call revealed as he's on trial for his parents' murders

Jury seated in trial of teen accused of killing his parents