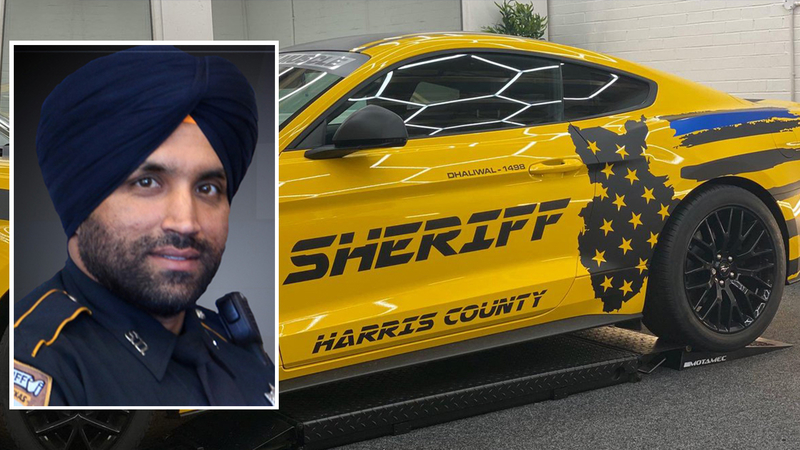 An international honor to a fallen Harris County Sheriff's deputy has just been unveiled in the UK.

The vehicle features a wrap including Dhaliwal's name, badge number and a thin blue line, along with the state of Punjab in stars.

Dhaliwal was shot to death during a traffic stop on Sept. 27 in northwest Houston.

The Harris County Sheriff's Office said the vehicle will be used at Sikh events in remembrance of Deputy Dhaliwal's service.