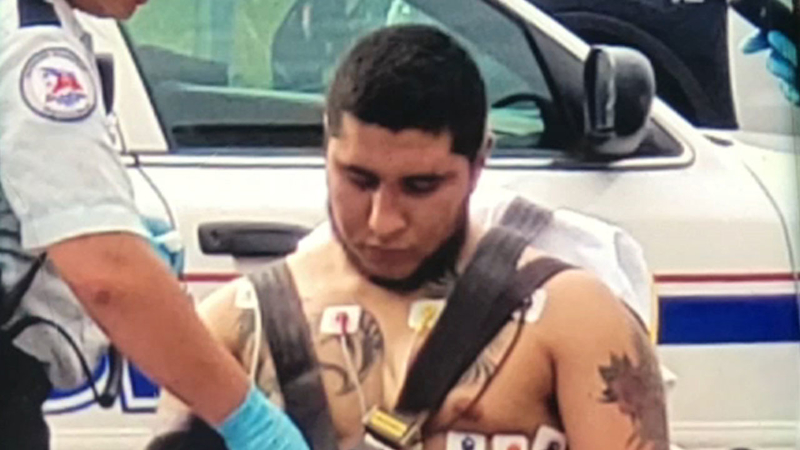 HOUSTON, Texas (KTRK) -- Two pregnant women were among the victims of 11 fatal shootings and one deadly stabbing in the Houston area this weekend.

At least 18 people were shot this weekend from Friday evening through early Monday morning.

Friday afternoon, one man was shot and injured during an argument with his girlfriend at 10300 South Wilcrest.

Several hours later, a man was found shot to death in a driveway in the 5200 block of Irving Way.

Two men were found shot inside a vehicle early Saturday morning at 8100 Lenora. One died at the scene and the other was transported to the hospital.

Also early Saturday morning two men were shot in their vehicle at 3013 Colingsworth. One man died at the scene.

One man was shot to death and one woman injured Saturday afternoon at 7313 Northline.

Saturday afternoon, one man was shot and killed in an apparent road rage incident at at 6742 Hillcroft.

A 21-year-old Pasadena man is facing charges for the fatal stabbing of his pregnant wife late Saturday afternoon in the 1900 block of Southmore.

One woman was killed and a man injured at 10039 Revelstoke. Investigators say the man claims his wife pulled a gun on him during an argument Saturday and the gun went off when they struggled over it.

A convenience store clerk was shot to death Sunday afternoon in the 15000 block of Old Humble Road.

On Sunday, one woman was shot to death in the 10100 block of Wild Hollow and a man was shot death at 6700 Irvington.