Dimitrios Pagourtzis is accused of killing 10 people and injuring 13 others in May 2018 when he was just 17 years old.
KTRK 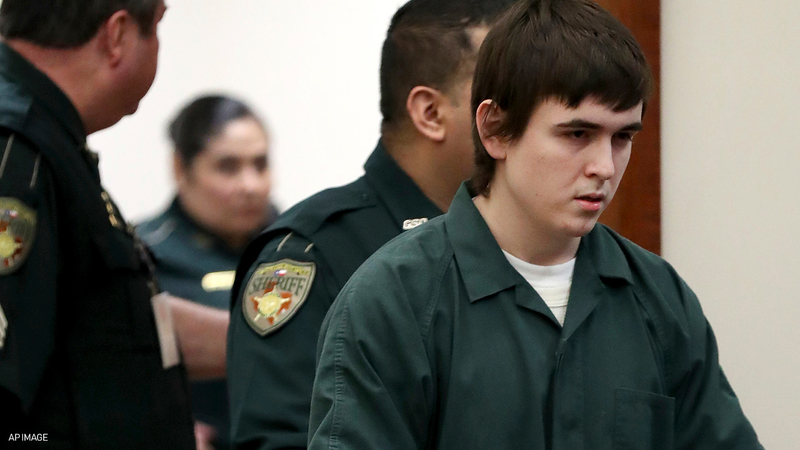 HOUSTON, Texas (KTRK) -- Dimitrios Pagourtzis, the student accused of the deadly 2018 shooting at Santa Fe High School, has been re-committed to a mental health facility for up to an additional year.

Almost exactly one year ago, a similar decision was made to keep Pagourtzis in a facility for 12 months.

His attorney, Nicholas Poehl, said no trial date has been set.

He issued the following statement:

"While we aren't surprised by this development, we are disappointed that we remain in a place where the case cannot move forward towards resolution. It's disappointing for all parties involved, but especially for the victims and their families, who are still waiting for closure on this case, and even for basic information about it. We remain hopeful that the case will be resolved at some point in the future, whether that involves trial, or a civil commitment which feels increasingly inevitable."

Victims of the tragedy said they feel disheartened, disappointed and frustrated by the news.

Flo Rice was working as a substitute teacher the day of the shooting. She was hit six times by gunfire in her hip and legs and said she feels fortunate she is still able to walk.

She said she figured the news of the delay was coming.

"He's the one being protected, and we have not been supported," Rice said. "I feel like we have been brushed under the rug. The state and everyone wants to move on and forget about us. This is an ugly picture and it's not been handled well and they want to ignore it."

Galveston County Criminal District Attorney Jack Roady said in a statement to ABC13 that the North Texas State Hospital reported that Pagourtzis "has not been restored to competency to stand trial" and requested the extension "so that they can continue their efforts to restore him to competency. This was obviously not the news we wanted to hear, and we share the families' frustration in the continued delay."

"The North Texas State Hospital has reported that the defendant has not yet been restored to competency to stand trial, and they have requested that he be recommitted to their facility for up to 12 months so that they can continue their efforts to restore him to competency. This was obviously not the news we wanted to hear, and we share the families' frustration in the continued delay. We will continue to monitor the defendant's status and treatment. We remain committed to seeing this case tried and seeing that justice is done."

Rice and her husband, Scot, said the delay is a slap in the face. They feel that the legal process has been a constant fight and they are constantly getting bad news.

"We have no confidence in the state, the prosecution or the hospital," Scot said. "If they haven't done their job up until now, why do they need more time? Is there anything positive? Is he going in the right direction? No, they don't say he is."

In addition to desperately wanting closure, they want to know the facts of what happened in May of 2018. They said the details are being withheld to preserve evidence for the trial that never comes.

Pagourtzis was transferred from the Galveston County Jail to the North Texas State Hospital in Vernon during December 2019, when he was 19 years old.

In November 2019, a judge ruled Pagourtzis was incompetent to stand trial.

He was ordered "committed to and confined" to a Texas Department of State Health Services facility, the ruling stated at the time. Over that time period, Pagourtzis was set to be evaluated and treated to make him fit to stand trial.

Go inside Texas State Hospital, where violent accused criminals get treatment designed to restore their competency to stand trial.

Pagourtzis' mental state has been the focus of several discussions between prosecutors and defense attorneys since the May 2018 shooting that killed 10 and injured 13 others.

At one point, attorneys for Pagourtzis said his mental state had deteriorated to the point that he didn't understand the case before him.

If convicted, he faces life in prison with the possibility of parole after 40 years.

In June 2020, the parents of one of the shooting's survivors sued a website accused of selling ammunition to Pagourtzis.
Chase Yarbrough's family filed a lawsuit accusing LuckyGunner.com of illegally supplying Pagourtzis with the bullets used in the shooting.

The suit alleges Pagourtzis was 17 at the time, and bought both using a gift card online.