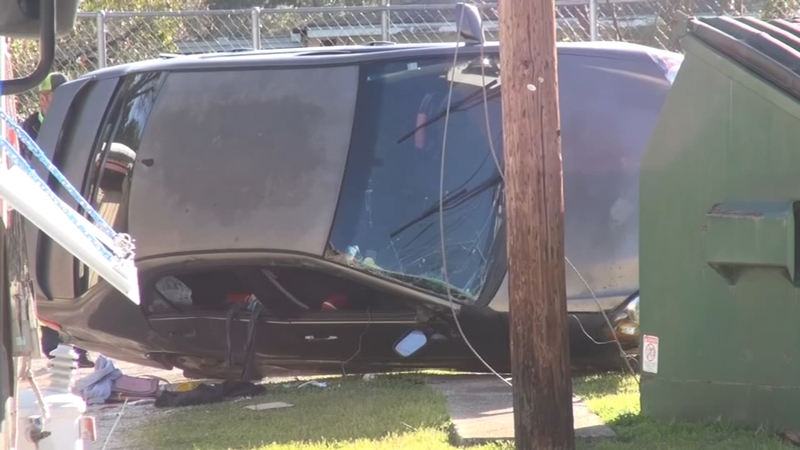 WILLIS, Texas (KTRK) -- A 17-year-old girl is charged in the death of a 16-year-old boy after doing car donuts at a convenience store on Saturday morning.

At about 4:49 a.m. Joelissa Hernandez was driving a 2007 Toyota Corolla in the rear parking lot of K & M Food Mart on FM 1097 at South Woodson Street in Willis, Texas.

The 17-year-old had two friends with her in the car, another 17-year-old girl and the passenger's 16-year-old brother.

Hernandez was doing car donuts in the small parking lot when she struck a wire supporting a utility pole, according to Willis police.

By striking the cable the car flipped on its side and partially ejected the 16-year-old boy.

The 17-year-old passenger was transported to Texas Children's Hospital in stable condition. Hernandez was not injured.

Before the Toyota could be removed, the transformer had to be secured and the wire cut away from the car. DPS assisted Willis Police on the investigation.