Police are charging the 26-year-old for evading, but more charges could come after an autopsy for a body found Tuesday.
KTRK
By Brooke Taylor, Mycah Hatfield, Brhe Berry, Charly Edsitty and Jessica Willey 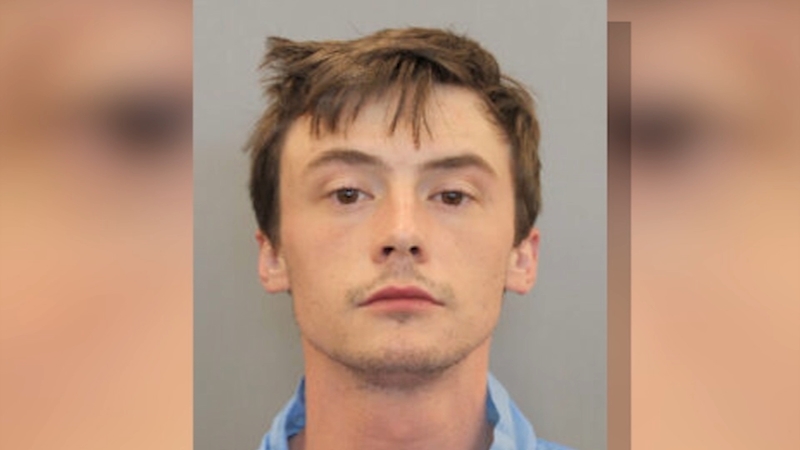 HOUSTON, Texas (KTRK) -- Houston police say 26-year-old Ryan Mitchell Smith, who led police on an overnight chase that ended in Memorial Park and was being sought for questioning in his father's death, has been arrested in Austin County.

According to the police department, a tip led authorities to locate Smith. He was walking along Highway 159.

"He was arrested without incident by @TxDPSSoutheast & faces a felony evading charge," HPD tweeted.

Smith was the subject of the pursuit that happened as police were trying to locate his father in the Memorial area. After officers lost Smith, a body was found hidden inside the garage of his father's house, and homicide detectives believe the remains belong to the missing dad.

"HPD detectives will question him about the death of his father," HPD's tweet concluded.

How the chase started, and how HPD located a body

Smith, whom Eyewitness News learned works for a crime scene cleanup company, is also accused of robbing two men before stabbing a police K-9 during a foot pursuit in an earlier incident over the weekend.

Ryan Mitchell Smith has been charged with stabbing an HPD K-9 during a robbery pursuit over the weekend in the Heights.

Police say they were initially alerted to Smith on Saturday morning when his mother called for help, saying he had just left her home in the Memorial Heights area and was looking for guns and threatening to kill himself. Surveillance video captured Smith running from the area. A couple hours later, police say, Smith had robbed two people and stabbed a K-9 before being arrested.

"It's just tragic all around," neighbor Bobby Lewis told ABC13.

According to Commander Kevin Deese of HPD's Homicide Division, Smith bonded out of jail on Sunday for the stabbing incident, at which time, he went to his father's home in the 14700 block of Carolcrest Drive, near Memorial Drive.

Deese said on Monday, family members grew concerned after the father, who was the lone occupant of the home, disappeared without taking his cell phone. Relatives did a search at the home where they didn't find anything unusual except that the father's truck was missing.

HPD's Missing Persons Unit and homicide detectives were called for another search, and while they were in the neighborhood, investigators noticed what appeared to be the father's truck with the lights off down the street.

Deese said detectives got closer to the truck and confirmed Smith was behind the wheel. The truck then took off and a police chase followed.

The chase reached Memorial Park, where the truck crashed near the Houston Polo Club on the northwest side of the park and Smith took off on foot without capture.

Then, according to Deese, detectives returned to the Carolcrest home to continue the search when they located a body in a "difficult to find" part of the garage. Investigators believe this is the missing father, but an autopsy will determine the identity.

Deese added that the death did not appear to be from natural causes.

A city-wide search has intensified for a 26-year-old man who is accused of a stabbing an HPD K-9. Police have located a body in connection with the suspect.

As of now, police are charging Smith with evading arrest, but additional charges are pending.

As for the chase, officers said they found a gun in the truck after Smith ran off.

"Homicide 3494. Hold the air. We have a potential kidnapping suspect on the run. He is in a black Denali GMC. He is going to be on Dairy Ashford, 500 block of Dairy Ashford," an officer reported. "He has no plates on the car. A potential murder suspect."

Editor's note: An earlier edition of this story reports Smith was arrested in Waller County, according to Houston police. Since that reporting, authorities have corrected the location to Austin County.

Get better, K-9 Nate! Upon the dog locating the man, who was on a robbery spree, the suspect stabbed him in the chest with a large butcher knife.