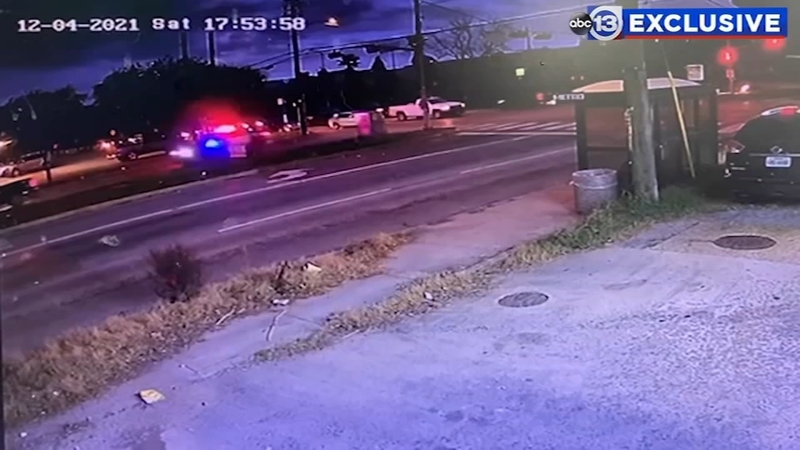 HOUSTON, Texas (KTRK) -- The family of a man who was hit and killed by Houston Police Department officers as they were responding to an assist Saturday evening is scrambling to pay for the victim's funeral. Family members also said HPD should be helping them out.

SEE MORE: Brother of innocent man hit and killed by police during chase: 'He was just going for a haircut'

"The family should not be trying to raise money to bury him when the city of Houston or HPD basically killed him," said Tamica Burns, the victim's stepdaughter.

Just before 6 p.m. in Sunnyside, two HPD officers were responding to an assist after a chase involving carjacking suspects.

The officers were driving on Reed Road when they lost control, went up onto the curb and killed 62-year-old Michael Wayne Jackson.

Burns said Jackson was walking to get a haircut when the tragedy occurred.

On top of the grief, Burns said the stress of trying to pay for the funeral has been almost too much for her mom to bear.

"She's grieving. She's stressing. Now we have to come up with money to bury him, and it's not fair. It's not right," said Burns.

Burns said two officers came by earlier this week to offer condolences and dropped off information about nonprofits that may be able to help them.

"For them to just come out and say sorry and that's it, and then pop up with a pamphlet saying, 'Here are a few nonprofits.' That's not going to cut it," said Travis McGee, a community activist and longtime Sunnyside resident.

McGee feels strongly about the city being held accountable for doing more to help Jackson's family.

HPD said the two officers involved in the crash are both 25 years old and have been with the department less than two years. As the investigation continues, they are both on administrative leave.

The DA's office said when their investigation is over, it will be referred to a grand jury.