Brother of innocent man hit and killed by police during chase: 'He was just going for a haircut'

Officers were in a pursuit with teen carjacking suspects when Michael Wayne Jackson was hit and killed on Houston's south side.

Michael Wayne Jackson, 62, was identified as the innocent pedestrian who was hit and killed by a Houston police vehicle that was involved in a chase.

"I could hardly walk," said Timothy. "He would help me and cook for me, and stuff like that."

Timothy had health problems and Michael was estranged from his wife. So the brothers did what they always do: relied on each other - until Saturday morning.

"I saw him Saturday and I told him, 'I'm going to run some errands and I'm going to see (you) in a little bit.' Then, when I got home, he was gone," Timothy recalled.

Timothy didn't know it for several days, but the 62-year-old man who Houston police say was hit and killed by officers responding to the end of a chase was his brother Michael.

"I didn't know anything until (Monday), and I looked on Google and I saw somebody had been hit on this side of town, and it was Reed Road," Timothy said. "Hhe was going to get his hair cut. Our cousin owns a barbershop on Reed Road."

Timothy said the Medical Examiners Office called him the day before, but could not tell him how his brother died.

According to the Harris County District Attorneys Office, the officers in the patrol car were responding to an assist the officer call after the initial chase had ended in an apartment complex. The officers were driving west on Reed Road, toward the apartment complex, when the police car lost control went up onto the curb and hit Michael.

The accident was captured on video from a nearby mobile phone store. However, there were few street lights and the details are difficult to make out. The officer's vehicle continued traveling and struck a trash dumpster in a business parking lot, police added.

Officers stopped to perform CPR on Jackson, who was later pronounced dead at the scene.

According to police, the two officers inside the patrol vehicle involved with the pedestrian crash are 25 years old and have been with the department for less than two years.

Additionally, in the wake of the crash, Eyewitness News obtained surveillance footage of the pursuit and crash showing a black pickup truck that investigators said was stolen.

"None of that will bring Michael Wayne Jackson back," Timothy said, who lost his parents and another brother years ago. Michael was the only relative he had left. "We grew up together. He wasn't just my brother he was my friend." 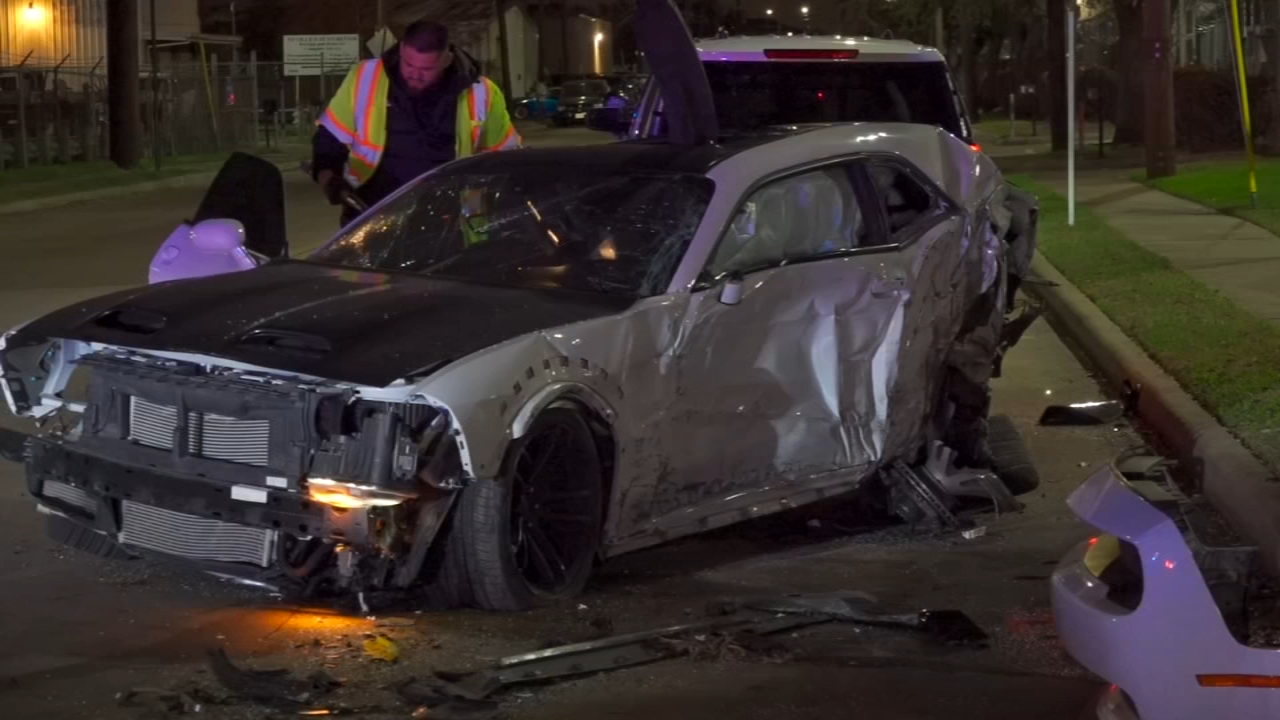