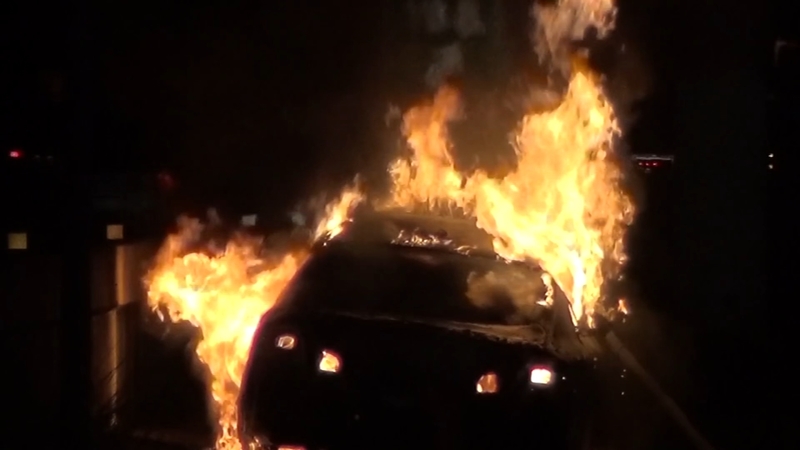 HOUSTON, Texas (KTRK) -- Three police chases occurred within four hours of each other across the city of Houston overnight and ended in crashes, with several reported injuries. 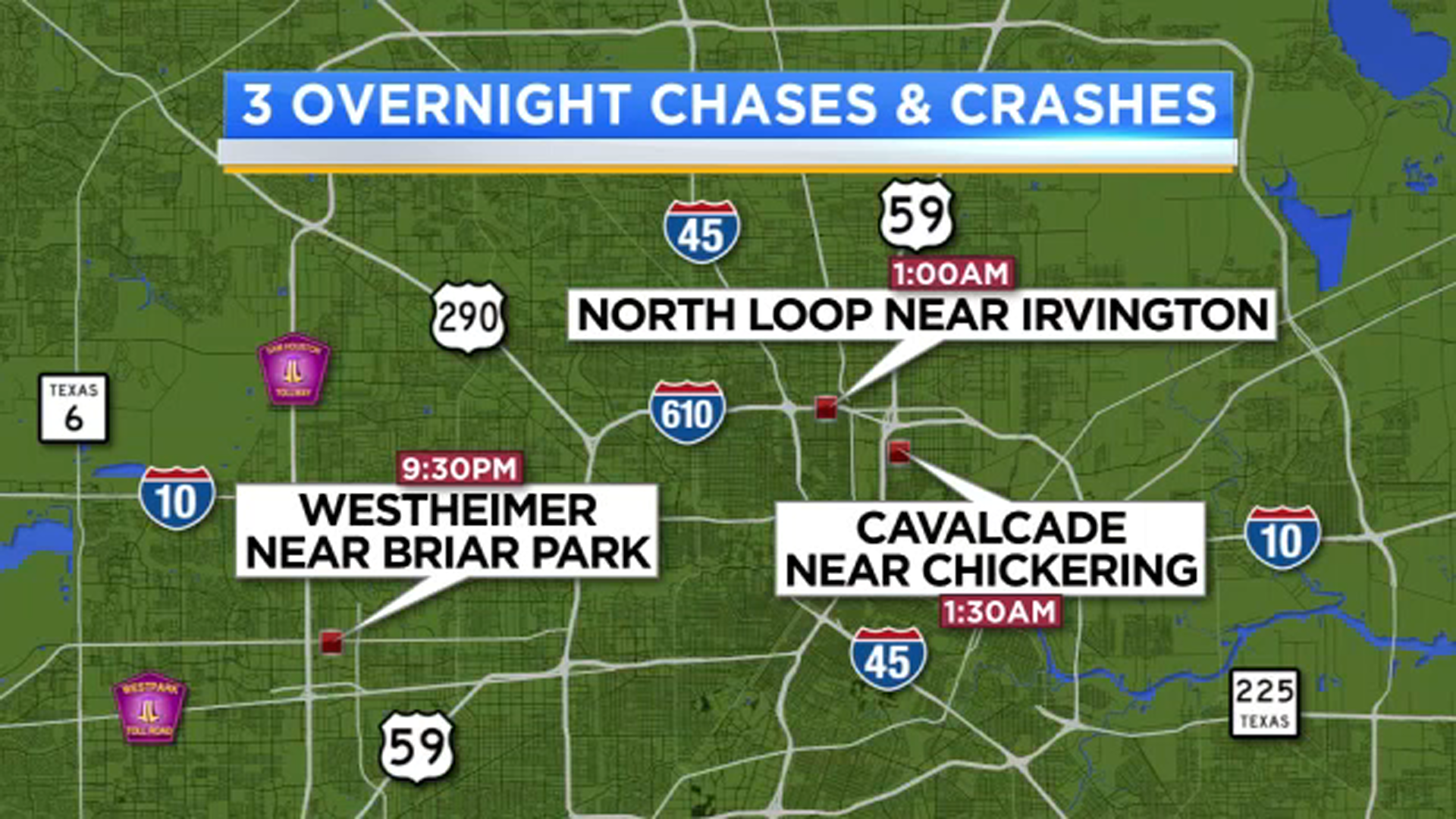 The first chase of the night began at 9:30 p.m. Monday when Houston Police Westside Tactical Units pursued two suspects on Westheimer after an attempted traffic stop.

Police say the suspects ran a red light at the intersection of Briarpark and T-boned an innocent woman's car.

The woman has several serious bodily injuries and is in critical condition, HPD says.

The two suspects were taken to the hospital.

Police say the suspects will be charged with evading and aggravated assault with a motor vehicle, with more charges possible following further investigation.

The second chase started around 12:15 a.m. Tuesday when HPD officers attempted to stop a driver for a traffic violation on Houston's north side.

The driver took off, leading police on a high-speed chase on I-45 inbound.

The suspect got on the North Loop I-610 eastbound as he was losing a tire, taking the Irvington exit ramp.

Police say the suspect lost control and hit a metal sign on the left side of the freeway.

After the crash, the suspect jumped out of the car and took off on foot across the freeway.

Officers quickly caught him and he was taken into custody.

Moments after the crash, the suspect's car exploded into flames.

Police are working to determine why the suspect ran in the first place.

RELATED: Woman hit and killed by vehicle on I-10 after chase with Harris Co. deputies
EMBED More News Videos

The investigation into the chase and woman's death are ongoing, including the closure of some freeway lanes for hours Monday.

The third and final chase began around 1:30 a.m. when HPD officers attempted to stop a driver along Jensen Drive in northeast Houston for traffic violations.

Police say the driver refused to stop, leading officers on a short chase down Cavalcade.

The chase ended when the suspect struck a pedestrian in the roadway and swerved into a barbecue food vendor along the side of the road.

Two victims were transported to the hospital. Police say one victim is in serious condition and the other is in stable condition.

The suspect was taken into custody and faces numerous charges.