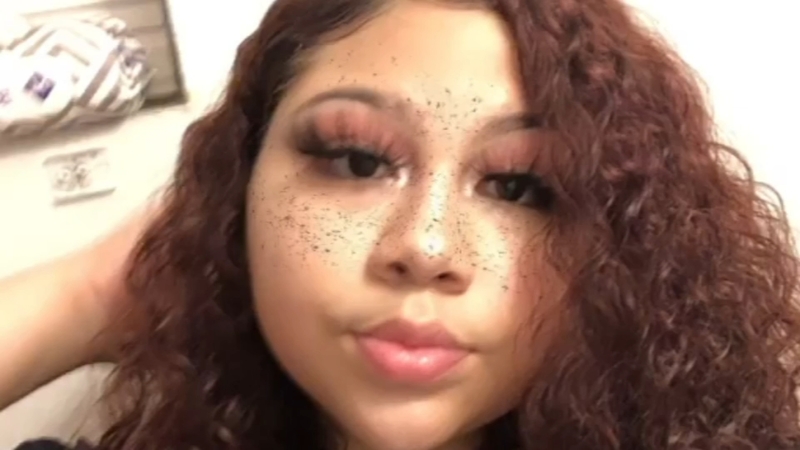 HOUSTON, Texas (KTRK) -- A teen girl was shot and killed while out walking her dog in her southwest Houston neighborhood, police say. Her family told ABC13 the victim is 15-year-old Diamond Alvarez, who was a sophomore student at Madison High School.

Police told ABC13 that residents said they heard gun shots including a family member of Alvarez.

Family members knew Alvarez was out walking her dog named "Peanut," so they became worried when the dog returned without her and they went to look for her.

Her mother Anna Machado said she found her daughter shot multiple times, at an open greenspace in their neighborhood, just a couple blocks from their home.

"She was still breathing," Machado said recalling the moment she found her daughter. "I gave her CPR, but she didn't come back."

A makeshift memorial grows where Alvarez was found. It's now the spot where family and friends mourn Alvarez's death.
"I mean, the person that did that to her was very cold hearted," said Jovanna Martinez, a close family friend and neighbor. "It's not right. She was a happy person, joyful. Her family loved her a lot. She had a lot of people that loved her, she still will too. She will forever live in everybody's heart. I don't think it's something people will get over really easy."

So far, police believe this was a drive-by shooting and a dark-colored vehicle may have taken off from the scene.

Investigators are looking for surveillance video.
In the meantime, they ask anyone with video or more information to please call Crime Stoppers or the HPD Homicide Division at 713-308-9080.