Mayor issues strong words to bar owners as overcrowding complaints continue: 'Love your family more than I do' 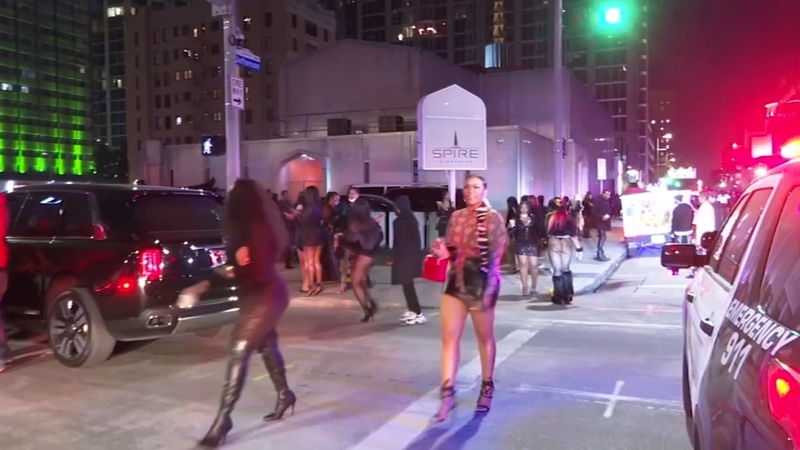 HOUSTON. Texas (KTRK) -- Crowded clubs and restaurants have been an ongoing issue throughout the COVID-19 pandemic.

Since March 2020, the Houston Fire Department has received 20,000 complaints.

"We have teams of two that have one inspector and one investigator. We run from four teams up to nine, ten or eleven teams depending on how many complaints come in and they're working hard," said Michelle McLeod, HFD executive assistant fire chief.

She said most places end up being in compliance. In addition to the fire department investigating complaints, there's also Gov. Greg Abbott's order which limits capacity in Harris County to 50 percent and requires masking and social distancing.

"Since June, we've referred over 100 (businesses) to TABC, and a lot of those are repeat offenders," said McLeod.

Over the weekend, firefighters responded to an event at Spire Nightclub. The HFD Fire Chief said a citation was issued for failure to keep exits open and unobstructed.

TABC is also looking into what happened there as well.

WATCH: The downtown club owner believes they are being unfairly targeted. "The same thing is going on all across the state of Texas," he said. "I truly believe that it is."

"It's not just the bars and the clubs. It's the people who are going too. I mean come on now, just because something's open, just because someone is putting on a concert, doesn't mean you should go," Turner said.

According to TABC records, a number of businesses on Washington Avenue have been investigated for violating Abbott's order including Bottled Blonde, The Standard and Handlebar Houston. ABC13 reached out to each of them and are waiting to hear back.

The mayor said it's about protecting people and their families.

"I shouldn't have to close something down to protect you and your family. You ought to love your family more than I do. So that doesn't make any sense," said Turner.

READ NEXT: Houston nightclub says it's not a club, so what is it?
EMBED More News Videos