Houston nightclub says it's not a club, so what is it? 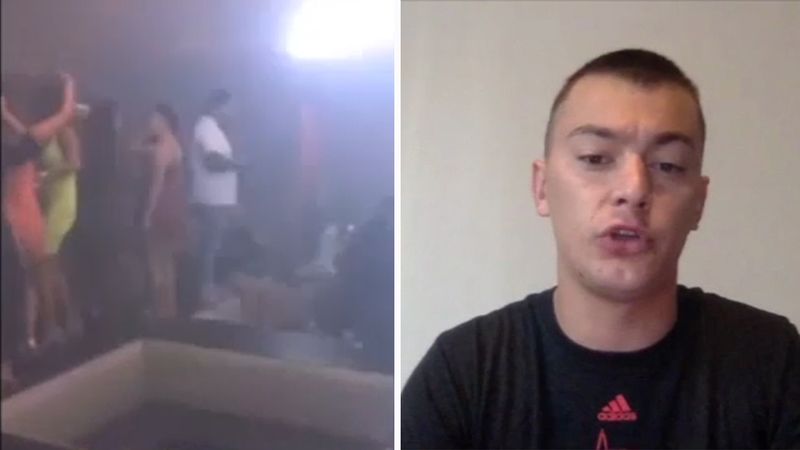 Spire owner claims venue is a reception hall, not a nightclub

HOUSTON, Texas (KTRK) -- Despite the name of the establishment, Spire Nightclub is not a "nightclub."

The downtown hot spot came under fire after videos surfaced showing a crowd inside a day after Gov. Greg Abbott mandated bars and clubs close their doors to slow the spread of COVID-19.

Bret Hightower, a consultant, said they did not fall into either of those categories.

"Back in November of 2019, the main owner had come to the realization that he no longer owned a bar," Hightower said. "He owned a lounge/venue hall because most of the revenue was not coming from alcohol or liquor sales. It was coming from ticket sales, and then to be able to reserve your own private section."

You can watch ABC13 reporter Mycah Hatfield's full interview with Hightower above.

Club Spire says they're not subject to the governor's order and even if they were, they say they did all they could to encourage social distancing. They add that it's on the customers to do a better job.

"We're as a business legally allowed to open. We're following the rules, we're doing everything," Hightower explained. "Sometimes people don't know they're putting themselves at risk. I feel like it's our job to be the bigger person and really force their hand to keep them safe."

Venues are considered a bar if they make more than 51% of their sales from alcohol. The Texas Alcoholic Beverage Commission confirmed to ABC13 that they believe Spire is considered a reception hall. While most of Spire's revenue this year has been from alcohol sales, the TABC confirms that the club can operate outside of the 51% law because permits are only reviewed every two years.

Aside from Spire, if bars or nightclubs or reception halls don't self-enforce, then it falls on TABC. The agency has inspected more than 2,000 places in the last several weeks. They've only taken action against 26 of them.

Hightower says he helped the club with its permitting, but was not directly involved with operations this weekend. He said Spire took precautions to social distance tables inside, required their employees to wear masks and required patrons to have a mask for entry.

"We had every agency come through and we passed our test," Hightower said.

Aside from Spire, if bars or nightclubs or reception halls don't self-enforce, then it falls on TABC. The agency has inspected more than 2,000 places in the last several weeks. They've only taken action against 26 of them.

There are just 60 TABC agents in the Houston region, stretching from Beaumont, north of Nacodoches, down to Bay City and Galveston. In those 29 counties, there are 7,679 business that sell liquor to drink on premises.

Houston Fire Chief Sam Pena said, "It was an incredibly busy weekend for our inspectors. We had over 300 complaints."

The Houston fire marshal did send inspectors to 300 places this weekend, including Club Spire after HFD saw it on social media. But Spire's owners weren't cited by TABC or the city. No one was cited by the city since May 9.

"All we can do right now is, is try to educate, inform the businesses about the executive order and the requirements, and hopefully hope to get voluntary compliance," Pena said.

Nightclub? Bar? Reception hall? The classification of this venue is what determines if they're truly violating Gov.Abbott's orders.

In the video circulating on social media, patrons are not seen wearing masks. We asked Hightower what the authorities had to say about that. He said he was not there, so he did not know.

The owners plan to have a meeting early this week to determine if they will re-open this weekend.