"Wobbly wheel" crimes have been notorious around the Houston area. A suspect in a recent separate case got a 6-year prison term.
KTRK HOUSTON, Texas (KTRK) -- A man driving on Highway 6 last month was held at knife and gunpoint by another man whom investigators said offered to help with the victim's tire trouble.

Crime Stoppers of Houston released surveillance video images of the victim and suspect as the crime was being committed on March 19 in the 6600 block of South Highway 6 in southwest Harris County.

According to investigators, a person behind the wheel of a Chevy truck got the attention of the 55-year-old victim by pointing at the victim's tire. Both men then pulled into a parking lot, where the suspect told the victim something was wrong with the tire.

Then, investigators say, the suspect grabbed tools from his truck and began tapping the tire. The suspect then claimed that the tire was fixed and that he needed payment of $500.

The victim told the suspect that he didn't have any money, prompting the suspect to grab a knife and gun and hold them to the victim.

The suspect demanded the victim drive to a local Walgreens store, where he followed him to the ATM inside. The surveillance video above shows the suspect entering the store behind the victim and holding a weapon to his back.

The victim later contacted two friends who brought the victim some money to give to the suspect.

Crime Stoppers did not provide the suspect's description. 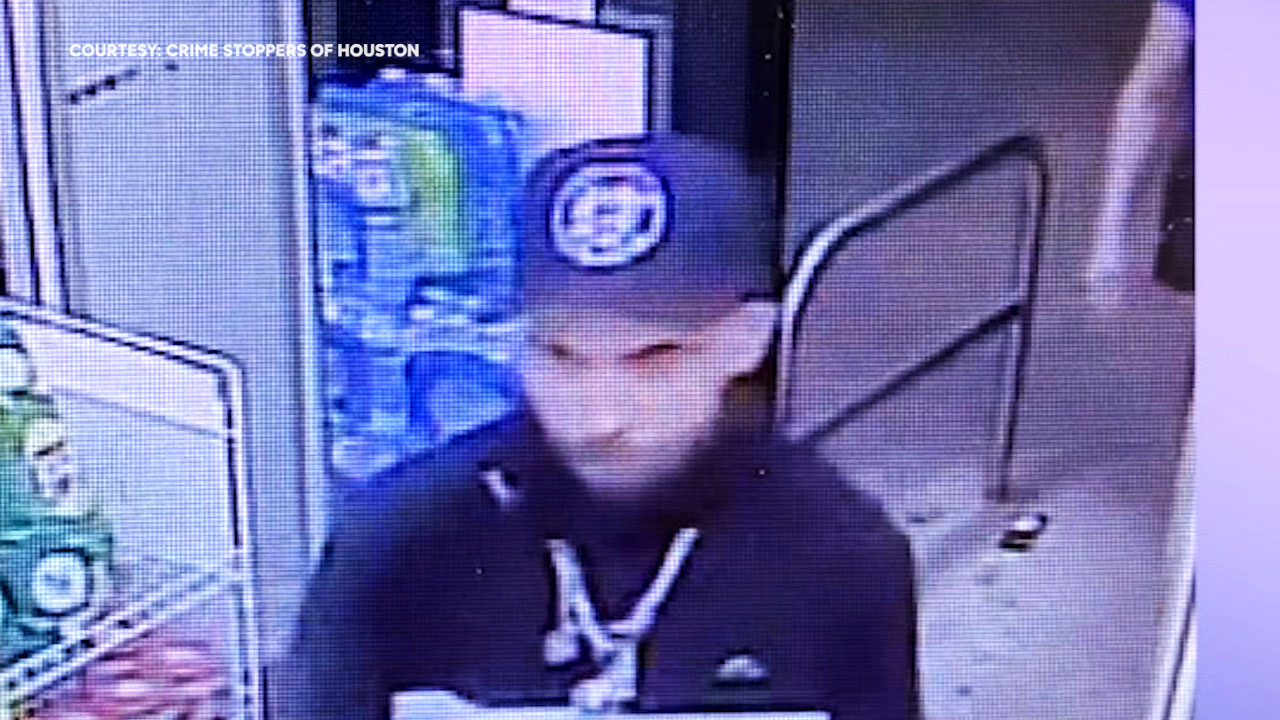 The photo from Crime Stoppers of Houston shows the suspect in a kidnapping and robbery that took place in southwest Harris County on March 19, 2022.

While Crime Stoppers didn't use it by name in describing this case, the incident follows a pattern described in "wobbly wheel" robberies. According to law enforcement, the suspects would follow a victim and honk or yell that their front wheel is loose. If the victim pulled off the roadway, the suspects would then convince them the wheel could be fixed with a part they happen to have with them.

Wobbly wheel was mentioned last month by Harris County District Attorney Kim Ogg when she announced a six-year prison term for a suspect in a separate but similar case.

Houston police say four of the six people in a 'wobbly wheel' scam targeted more than 50 people are still on the run.

A dashcam was rolling as police say two men pulled a wobbly wheel scam on an unsuspecting mother.