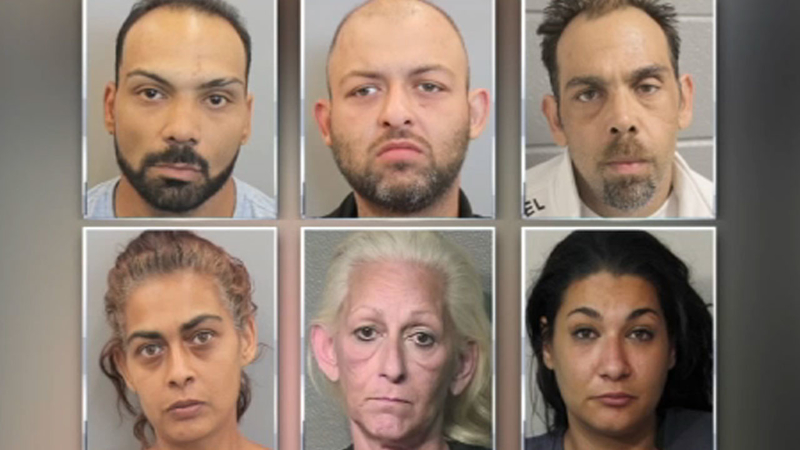 HOUSTON, Texas (KTRK) -- Houston police say four of the six people in a 'wobbly wheel' scam that targeted more than 50 people are still on the run.

Investigators say the suspects were known to operate in the area of Westheimer Road from the 610 West Loop to Highway 6, Richmond Avenue inside the 610 Loop and S. Main Street near Braeswood Boulevard.

The suspects at that location would follow a victim and honk or yell that their front wheel is loose. If the victim pulled off the roadway, the suspects would then convince them the wheel could be fixed with a part they happen to have with them.

The suspects often had children in the car so the victims could lower their guard.

"In many cases, they have children in the vehicles with them. And they'll use that to let the victim's guard down," Investigators said. " And that's one of the little tricks they use. (They) have women and children in the car with them."

Investigators say the suspects are responsible for scamming 50 people in southwest Houston.

Anyone who has fallen victim to the scam is asked to contact police.

Alleged wobbly wheel scam may have been running for 2 years