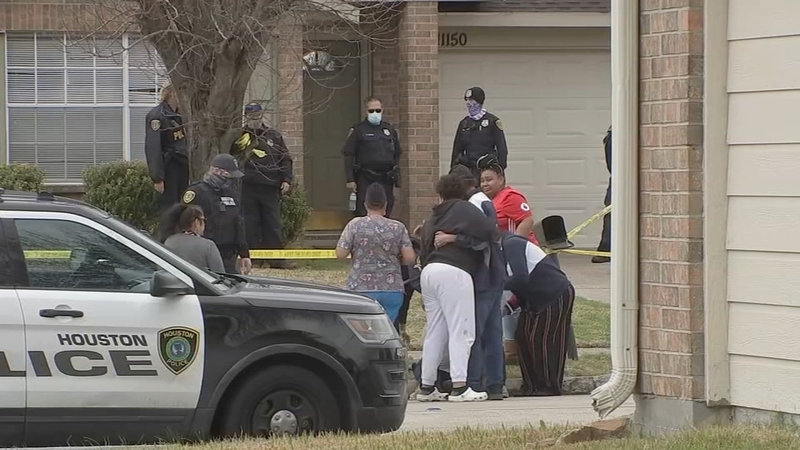 The suspect, who Houston police identified as 35-year-old Derrick Hayes, is also accused of trying to shoot an uncle who was among several relatives who located him at a nearby shopping center after their loved ones' bodies were found.

Hayes was due to appear in a Harris County courtroom on Wednesday, a day after his arrest on capital murder charges. However, he did not appear before a judge because he was being combative.

Hayes is accused of shooting to death Carmen Hayes, his grandmother, and Bryce Alexander, who, like Derrick, is Carmen's grandson. The specific family tie between Derrick and the teen was not immediately disclosed by police.

Their bodies were found in the 11100 block of Cayman Mist Drive at about 11:20 a.m. Tuesday, according to an HPD tweet.

Officers who first responded to the home were told by family members that Derrick was missing from the home and was likely armed.

Family members tracked him down in the area of Edgebrook and the Gulf Freeway, where a reported altercation took place.

Derrick Hayes also faces counts of aggravated assault of a family member and felon in possession of a weapon.